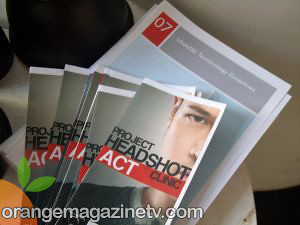 Fellow blogger Flow Galindez invited me again to join him in a Project Head Shot Clinic with Niccolo Cosme. Of course, I would immediately say yes because it’s NICCOLO COSME. I am a huge fan of this photographer. I get star-struck ed  every time I saw him. I always wanted to have my photo taken by him. Well, there are actually five photographers I really love to work with aside from Niccolo. That’s Ian Felix Alquiros, Ash Castro, Mark Nicdao, Darrel Pobre, JR Isaac, Jake Verzosa, JC Cerilla and Jar Consengco. I also like the works of JR Sala, Joser Dumbrique and Paul Ticzon.

Anyways, that’s a different story. Although I did asked Flow what’s the concept of the shoot, he only said it’s a casual shoot that I can wear anything I want. And since it’s Niccolo Cosme which is actually a dream come true for me, who cares what concept it is and what poses he wants me to do. I’m pretty sure I will still look handsome with his shots and editing of course! Hahahahaha.

Studio location was at Malate, Manila. I arrived around 3:00 PM and there I met other bloggers like Sai Saison, Jonel Uy, Mark Vincent, etc. and there I realized the shoot was for an HIV/AIDS campaign. I felt weird at first because it’s a sensitive campaign to deal with. But I support this cause because I used to volunteer for Remedios AIDS Foundation and I am aware of it already. 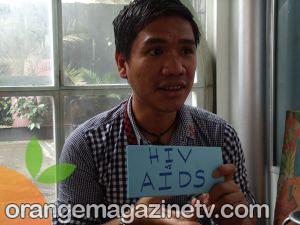 But we can always prevent it. Just remember A-B-C-D-E. A is for ABSTINENCE. No sex means no virus and of course, no fun. Hehehehe. Personally, I think it is hard to resist temptation, that’s why I suggest B which means BE FAITHFUL. I am a faithful partner (although I don’t have one at the moment) and that’s because being faithful means you respect and love your partner. And that’s a good foundation for a better relationship. C is for consistent use of CONDOM. Although it was told that you’ll only get 80% chances of being protected, it’s still best that not having any protection at all. I admit not using one in my active sex life before, but after learning the risks, it’s a must for me (too bad I don’t get much sex life now. Hahahahaha).   I forgot what D stands for but I will presume it’s about DETECTION. If you have an active sex life (unlike me), you need to get tested. If you love yourself and the people you love with, you have to do it. And I just realized that D actually stands for DO NOT USE DRUGS AND ALCOHOL. Obviously, getting drunk and high means getting more stupid. You tend to do reckless things when you’re in the influence of drugs and booze. And lastly, E is for EDUCATION. Everyone needs to be educated about HIV+AIDS. There is always a way to prevent it. And there is something we can do to stop spreading the virus.

If you wanna know a lot of stuff about HIV+AIDS, it’s best to consult an expert. Check out Take The Test Project website  or google it online. I assure you that taking the test is 200% private and remains private.

About my experience with Project Head Shot Clinic, I get more nervous being around Niccolo Cosme. But the shoot went smooth with him saying that’s a good one. Well, he did say that to almost every bloggers he photographed that day. Hehehehe. But I trust his work. And I strongly believe this head shot will be on display on my coffin! Hahahaha. That’s how much I love his work.

I also managed to talk to Niccolo (the 1st  time I did was when I met him at the Playboy Philippines HQ and I even pretended to be a desk officer just to talk to him. Hahahaha). He was nice enough because he did invite me before to take the head shot and even added me in Facebook as his online friend. Well, it took him several months to accept my friend request though. Hahahahaha. I still approach him during events and hoping he will remember me but I guess not. But he is accommodating enough to have his picture taken with me. That’s enough for now. Hehehe. 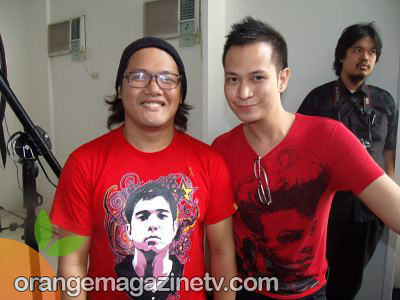 He wasn’t also excited hearing compliments because I’m pretty sure he knows he is a good photographer already. I know he is a very good photographer. He was civil enough when I told him it’s a dream come true for me to finally have a head shot. At least he smiles after hearing that. Hahahaha. Maybe he’s just used hearing that stuff from his legions of fans. But he did thanked me for supporting his project with UNAIDS. And it was an honor for me to be “shot” by THE Niccolo Cosme. Whether it’s about HIV/AIDS or something else, I would still do it! Hahahahaha.

They did a pretty good make up out for me. And I love the nose line. Hahahaha. Too bad I forgot to get his name. Maybe he can contribute for my online magazine too. But make up is something I will get used to. My skin gets irritated and I have to immediately wash it off. Feeling sensitive skin. Hahahahaha.

Then there’s this voluntary testing. At first I was not sure about the idea. I worked for Remedios AIDS Foundation before but never got the chance to get tested. And that was the time I was actually sexually active and unprotected.

That maybe the reason why I don’t like to get tested. Because I fear that maybe I’ll be positive. I felt I was not ready to know the truth. And not in front of everyone I know. Because even if it’s 100% private, how can I hide the feeling that day? 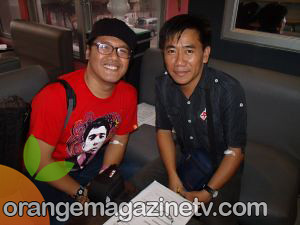 When I was already decided to not take it (and because I will also be late for another event), I bumped with sir John Jardenil – my former boss at Remedios AIDS Foundation. I was a bit sad that he has forgotten about me already and it took him several minutes before I convinced him that he knows me and that we’re actually close before. He encouraged me to take the test. Not because he wants me to do so but because no one is trying it. I guess I’m not the only one who’s afraid to know the truth. Hahahahaha.

I was joined by Sai Saison, Flow Galindez, Mark Vincent Nunez and Joriben Zaballa at a separate room (O Bar). We were interviewed individually and got tested. I joke around because I want to release the tension. But at the back of my mind, what if I’m positive? That’s when sir John asked me, what if? What will I do? How will I react? I said, I’ll just accept it. Move on and live my life the way it should be. But that was of course easily said than done. It was a bit nerve-wrecking because I know for a fact I did something stupid during my younger years.

I got tested by representative from Department of Health (DOH). I hate needle pricks and I never like blood testing. It’s dreadful for me to behold!

Anyways, test is done. And I’m NEGATIVE. For the first time, I was happy to be negative. Who says negativity is just negative eh? It makes me smile. I’m happy because I am still safe. But I have to be back for another test because although I was tested negative, it doesn’t count the last 6 months that I had sex with. And yes, even though I am a very busy person, I did get some releasing. But with protection. Okay, I guess that’s too much information already.

Well, at least now I know I’m a safe man. And now, I’m more aware. And I’m supporting the campaign against HIV/AIDS. And that I want to share this to everyone in doubt and to others who wants to know the prevention and get protected.

Support this campaign. Visit the Project  Headshot Clinic website  and be part of spreading the word and not the virus. For a change, be POSITIVE in your life and stay NEGATIVE in HIV/AIDS. ACT now!

And here’s the result of that amazing photoshoot (yey!) : 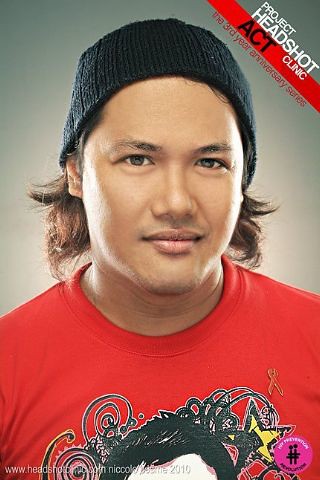