It seems the easiest way now to get international fame is by posting videos online. Take for example of Youtube sensation Justin Bieber, Greyson Chance and our very own Maria Aragon, Arnel Pineda (who is now Journey‘s lead singer) and Charice Pempengco whose videos goes viral and gave them the opportunity to have international fame and recognition. 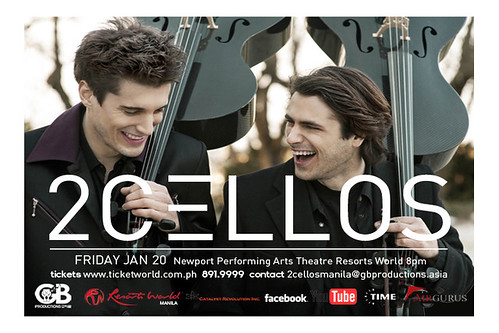 This time, another talented musician was discovered online. 24-year-old music students, Luka Sulic and Stjepan Hauser, collectively known as 2Cellos, are living a dream come true – and quickly! After posting a self-made music video of them performing Michael Jackson‘s “Smooth Criminal” on their cellos, the longtime friends received more attention than they ever expected.

Within days, the video became a viral sensation and received millions of views. It got the attention of Sony MASTERWORKS who signed them to a record deal. Concurrently, they received a personal phone call from legend Elton John who invited them to join him on his European tour. In the Philippines, their album is distributed exclusively by Sony Music Philippines and Ivory Music & Videos. 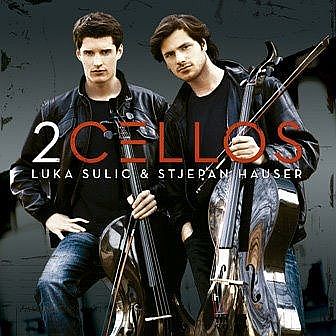 “I feel so blessed that all of this is happening – a record deal with Sony MASTERWORKS and a tour with Elton John – who would have imagined?!” relays Luka Sulic.

Here’s a video I found on Youtube where they were featured at DW-TV Deutsche Wells:

The Croatian cellist duo’s debut album was released last July 2011 release and feature Sulic & Hauser’s unique spin on hits by Guns N’ Roses (Welcome To The Jungle), U2 (With Or Without You), Trent Reznor and Kings of Leon (Use Somebody), among others. 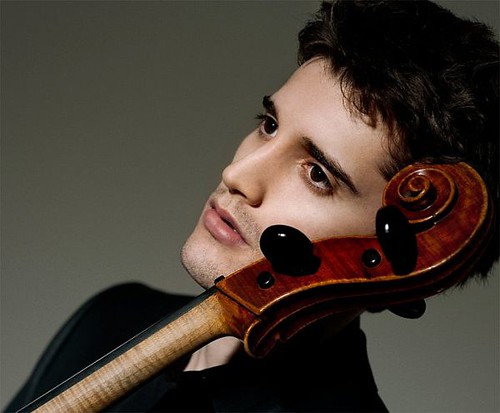 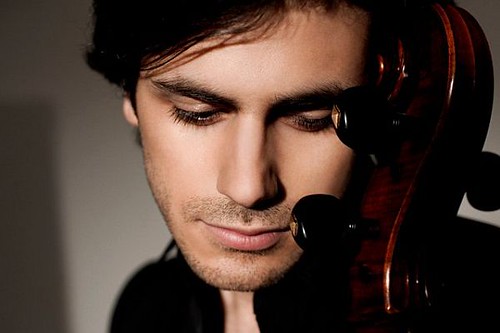 Luka and Stjepan made their first national TV appearance as 2CELLOS with a remarkable performance of “Smooth Criminal” on The Ellen DeGeneres show (who like Oprah Winfrey, likes to discover great talents online) on April 25th, 2011. When asked about their repertoire, Stjepan shares: “Both Luka and I love classical music and have studied it for years, but we are really excited to put our own take on classics by some of our favorite pop and rock artists.”