Skipping from one event to the other, I was rushing to get to SMX open grounds in front of Microtel hotel to witness a revolutionary presentation of ARIEL detergent powder. ARIEL goes 3D, a first of its kind in the Philippines. I was so excited to see this 3 dimensional spectacle featuring Bench‘s current collection styled by Sidney Yap; it was the Philippine Fashion Week after-all.

As I arrived, I was given my own 3D glasses. 3D TV from LG Electronics were also on display around the venue.The night started with the introduction of Ariel’s new technology in fabric care which is Ariel Stainlift. 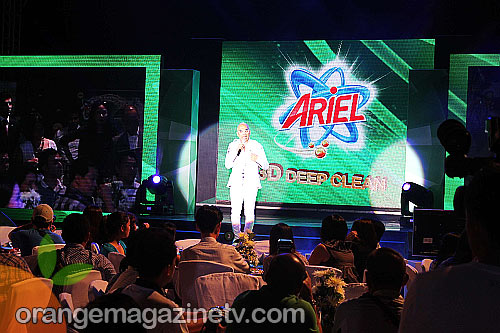 The event was hosted by the King of Talk and Ariel’s celebrity endorser Boy Abunda who was looking immaculate in a white studded denim ensemble (washed with ARIEL I suppose). He shared, ” I am privileged to have been one of the first to witness the 3D power of new Ariel 3D Deep Clean during its global launch in Dubai. I only endorse brands which I know are proven to work and I personally saw how Ariel used 3D technology to create a product that cleans even the deepest clothing layers. After that, I realized ordinary clean is no longer enough for our clothes. It has to be 3D deep Clean by Ariel.” 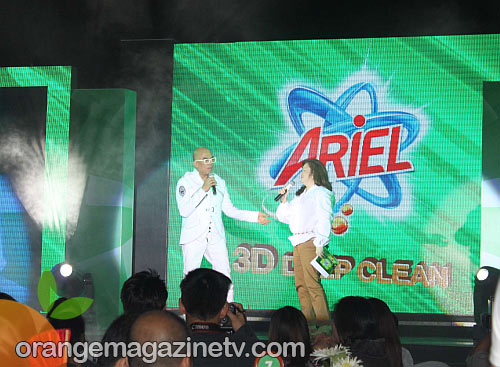 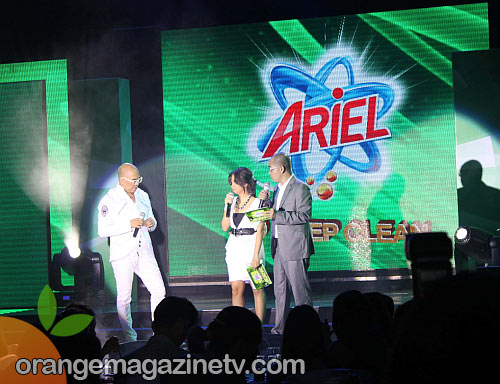 To explain further the technology behind the stainlift formula of the new Ariel 3D Deep Clean, Ariel’s brand manager Gelain Reyes showed a short clip on how it works::

1st: It polishes the clothing fibers.
2nd: It reduces the negative charge to reduce repulsion enabling it to penetrate deeper
3rd: It extracts the dirt and stains from the deep fiber layers to give a 3D deep clean 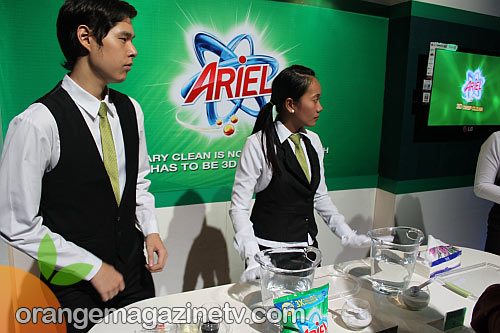 She also let us a sneak-peek of the new Ariel TV advertisement, the first-ever 3D commercial in the Philippines which would be launched this November. So every household could also experience the 3D innovation of Ariel (NOTE: start buying Ariel now to get your own 3D glasses to enjoy the commercial at its best)

Then all the guests were asked to go to allocated viewing decks which were facing the Microtel hotel. Lights out; loud music pumping, I could feel the excitement of a real fashion show sans the real models, but their images magnified perhaps hundred times.

Pardon the quality – it was really dark out.
It was truly a spectacle to behold. Imagine models the size of a building, sashaying while their backdrops were constantly changing. It felt as if Microtel hotel was alive, it was moving and breathing! (Now if only they could do that with all the billboards in EDSA, at least bad traffic would be somehow bearable, or would it make traffic worse?!? ) It was a very short but truly fantastic show -revolutionary, innovative, first-of-its-kind in the Philippines. 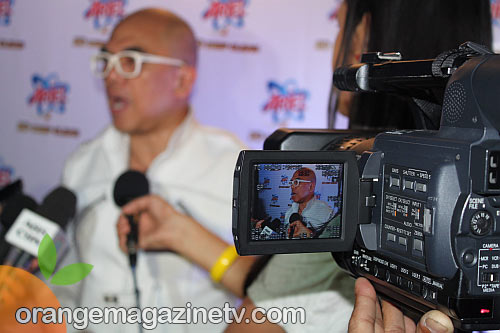 Being an Ariel user (yes, I do my own laundry, I even hand-wash some of my clothes) I could attest to its cleaning power, and now with its new 3D deep clean technology, washing and taking care of my clothes would be easier and more efficient. :)