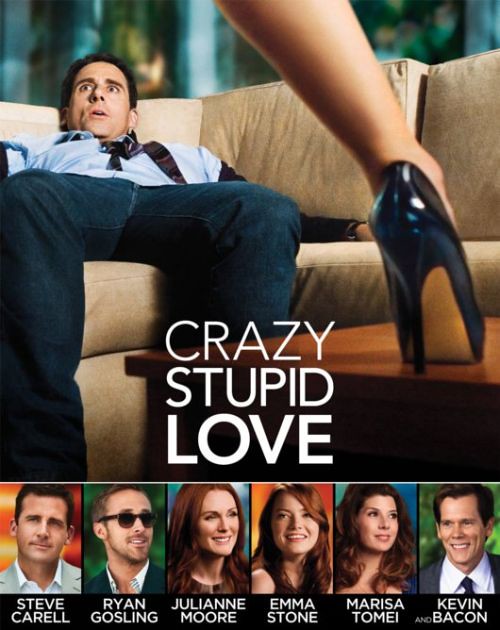 The 1st time I saw the movie trailer of “Crazy, Stupid, Love.“, I immediately liked it. The lines are witty and funny and Steve Carell happens to be my favorite  Hollywood  actor.  I think I first noticed him as Jim Carrey’s  nemesis  at “Bruce Almighty”. Since then, I’ve been following his films and even buy original copies of his DVD movies.

One thing that catches my attention also is that particular line “It looks like it’s photoshopped” by Emma Stone referring to Ryan Gosling‘s  chiseled  body. That makes me laugh so hard! Hahahaha!

And so goes the invitation to watch the press screening for “Crazy, Stupid, Love.” at Rockwell Makati yesterday (August 11). Thanks as always to Ms. Sionee Lagman and Jay Gonzales for the opportunity to watch awesome movies like this in advance.

About the movie, Steve Carell delivers another fine performance with this film. His humor and timing is just perfect. Actually, looking at him is enough to make you laugh. His acting is effortless and comes out naturally. And he can also provide some “drama” lines which is perfectly fine with me.

Before I comment about the movie, here’s the synopsis of “Crazy, Stupid, Love.” taken at their official Facebook page:

At fortysomething, straight-laced Cal Weaver (Steve Carell) is living the dream-good job, nice house, great kids and marriage to his high school sweetheart. But when Cal learns that his wife, Emily (Julianne Moore), has cheated on him and wants a divorce, his “perfect” life quickly unravels. Worse, in today’s single world, Cal, who hasn’t dated in decades, stands out as the epitome of un-smooth.  Now spending his free evenings sulking alone at a local bar, the hapless Cal is taken on as wingman and protÃ©gÃ© to handsome, thirtysomething player Jacob Palmer (Ryan Gosling). In an effort to help Cal get over his wife and start living his life, Jacob opens Cal’s eyes to the many options before him: flirty women, manly drinks and a sense of style that can’t be found at Supercuts or The Gap. Cal and Emily aren’t the only ones looking for love in what might be all the wrong places: Cal’s 13-year-old son, Robbie (Jonah Bobo), is crazy about his 17-year-old babysitter, Jessica (Analeigh Tipton), who harbors a crush on Cal. And despite Cal’s makeover and his many new conquests, the one thing that can’t be made over is his heart, which seems to keep leading him back to where he began.

… This actually is a typical story. But it still works depending on who acts to it. And Ryan Gosling (whose most commercially successful movie to date is 2004’s romantic drama The Notebook — which sadly, I haven’t seen but is planning to now) is a revelation to this film because he is funny in this movie. Ryan Gosling’s lines are all good and he fits the character of Jacob Palmer. I do hope he will be doing more romantic comedies in the future. And I wish he will be partnered to Amanda Seyfried, Lindsay Lohan or even Sandra Bullock (I’m imagining romantic-comedy flicks).

I was also surprised to see Josh Groban in this movie. He looks weird with his new haircut (though I think I’m just used to his curly ‘do) but he is funny as well. And I hope Josh Groban will seriously do movies again in the future. He didn’t sing here but Josh Groban’s presence is still  noticeable. But one person that really makes me laugh a lot is Liza Lapira who is an American-Filipino actress best known for playing Kianna in the 2008 film “21“  and Special Agent Michelle Lee in “NCIS”. She is also known for her role as Maggie Del Rosario on “Huff”. She plays the best friend of Emma Stone, who I may say, is super cute… and hot at the same time! Liza Lapira is one actress to watch out for. And I’m proud that she is half Filipina because it is rare to see Pinoys in Hollywood films… and given a good role. I am all praises to Liza Lapira’s acting chops.

Over-all, I was never bored watching this movie from start to finish. And I’m planning to watch it again once it hits regular screening. “Crazy, Stupid, Love.” is proof that soul mates do exist. And I am crazily, stupidly in love with this movie. 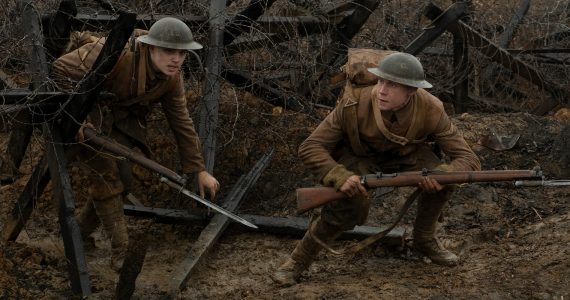 Team Orange 26 Jan 2020 0 comments
Two men, one mission. Save 1600 lives. If they fail, it will be a massacre. Now, there is no turning back. And every second counts. Sam Mendes, the Oscar®-winning director…