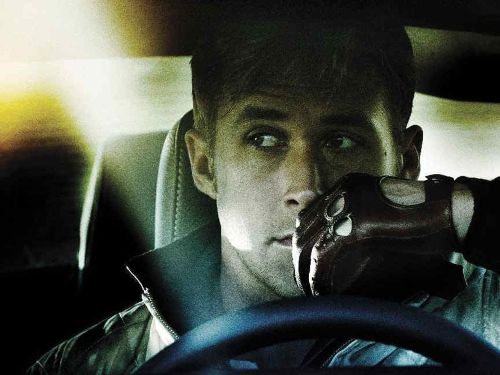 Winner of the Best Director award in this year’s Cannes Film Festival, FilmDistrict‘s critically acclaimed thriller “DRIVE” starring Ryan Gosling will be shown soon exclusively at Ayala Malls Cinemas (Glorietta 4 and Greenbelt 3). The film is directed by Nicolas Winding Refn and adapted from James Sallis‘ 2005 novel of the same name.

In the film, Driver (Gosling) is a Los Angeles wheelman for hire, stunt driving for movie productions by day and steering getaway vehicles for armed heists by night. Though a loner by nature, Driver can’t help falling in love with his beautiful neighbor Irene (Carey Mulligan), a vulnerable young mother dragged into a dangerous underworld by the return of her ex-convict husband Standard (Oscar Isaac).

Producer Adam Siegel felt the driver was a rare character – someone who has a purpose, excels at one thing and makes no apologies for it. Producer Marc Platt agreed, noting that the driver reminded him of heroes and movie characters similar to characters Clint Eastwood used to portray.

“I was very taken with this little crime story that James Sallis wrote,” Platt adds. “I felt that the way the world was presented in the book demanded that its true grit be retained in the script. The grit comes from seeing the world from the point of view of Driver in the car. It’s those elements that I felt were critical to retain to make this film a very unique cinematic experience.”

Academy Award-nominated screenwriter Hossein Amini adapted the novel for the screen. He felt it was a rare book to receive from a studio because it was short, gloomy and like a poem. Because the novel does not present a linear story but has many flashbacks and jumps around in time, Amini found the adaptation challenging. He felt the non-linear structure made it “a very tricky structure” for a feature film.

“Drive” premiered on May 20, in competition at the 2011 Cannes Film Festival. At its first showing to the media, it received abundant praise and received “some of the best responses of the festival.” It was greeted with hoots and howls of joy from the media, with viewers cheering some of the scenes featuring extreme violence. “Drive” also received a 15 minute standing ovation from the crowd.

Likely, it served as a welcome relief to the press with previously serious-dramatic projects being shown earlier. Xan Brooks of