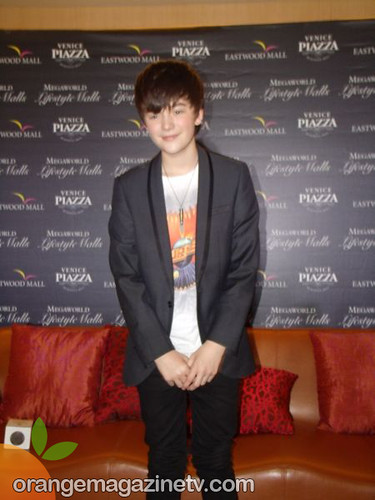 Last November 18, 14-year-old Greyson Chance arrived in Manila, Philippines to do a 3-day tour to promote his debut album “Hold On ‘Til The Night” released under MCA Music Inc.

A press conference was held at Richmonde Hotel in Eastwood City, Libis and a jolly and hyper Greyson Chance greeted the media and fans who eagerly waited for his arrival.

One thing that you will admire about this teen superstar is how he interacts with the crowd, extending a handshake to almost everyone, keeps a happy smile and gamely answers all questions thrown at him.

Here are the full video coverage of the press conference: 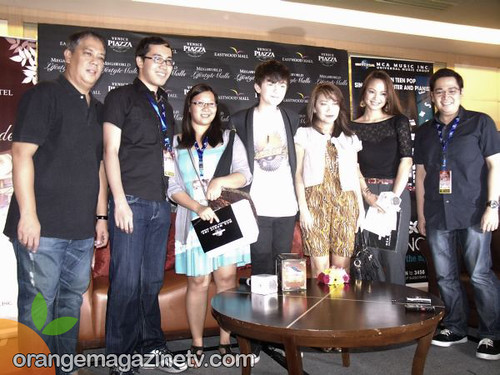 The 1st leg of the promo tour was held at the Eastwood Mall Open Park where hundreds of his loyal followers waited for him. Check the photos and video performances of Greyson Chance where he performed an amazing version to Lady Gaga’s hit song “Paparazzi” (which makes him the youtube sensation), some tracks from his debut album and the Christmas song “Rockin’ Around The Christmas Tree”. 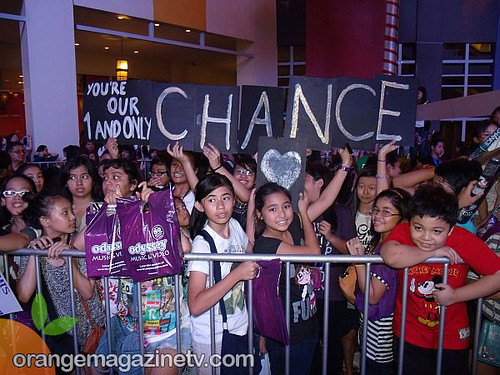 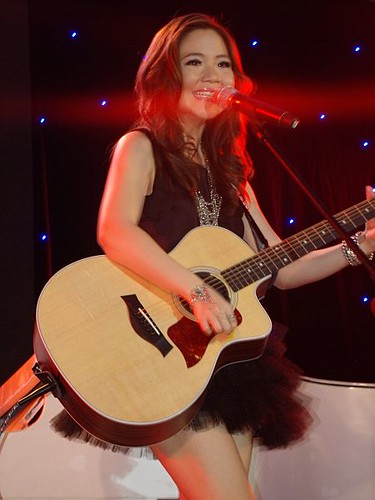 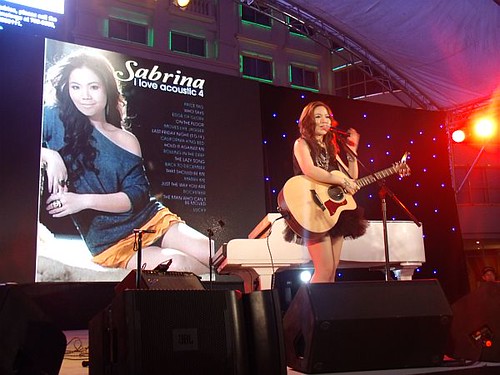 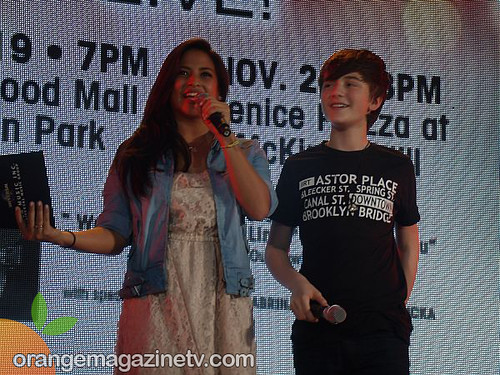 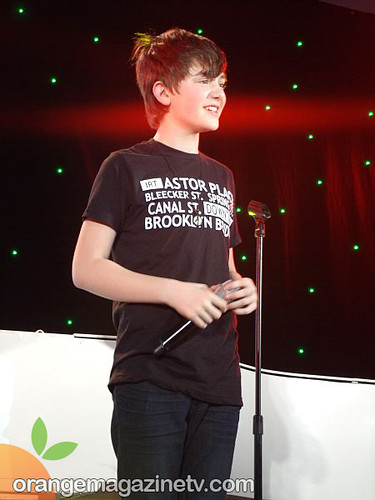 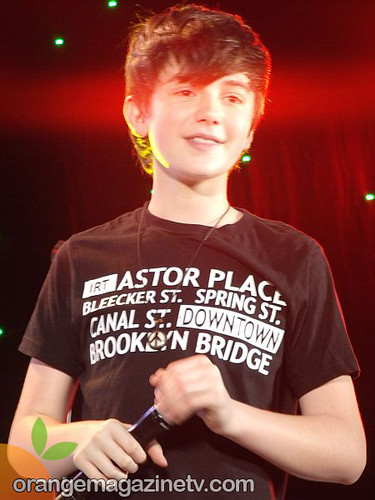 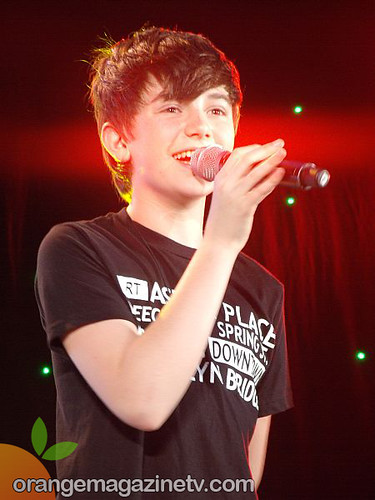 MCA Music acoustic sweetheart Sabrina, who’s making waves in the music scene all over Asia, was the special guest and performed tracks from her 4th album “I Love Acoustic 4“. And here’s some of the amazing performances of Greyson Chance: 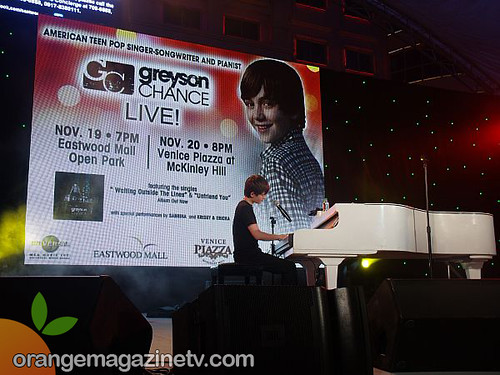 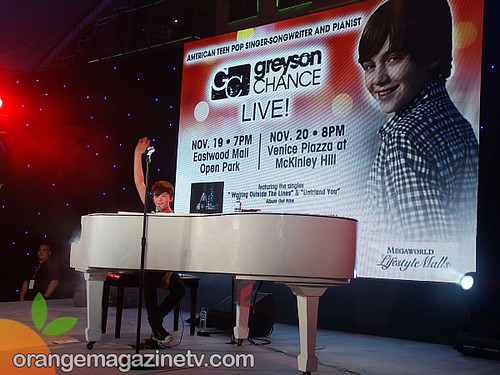