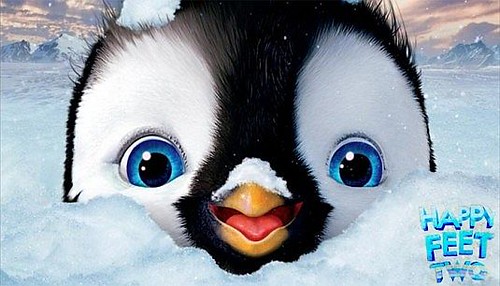 Dance your way into the ice-cold glaciers of Antarctica and take a journey through Emperor Land where cool Emperor penguins live in a place where they eat, sing, and dance. Join Mumble, Gloria, Ramon, and the little penguin Eric and his friends for another feet-tapping and song-filled adventure to the southern part of the Earth.

Happy Feet 2 is a really good film. It is even better than the first one. Back then, Mumble was just an ordinary penguin who was great at tapping his feet and dancing to music. In the sequel, Mumble and his friends had to tap and dance to save his family and the whole penguin population from starving to death.

When huge icebergs started breaking and causing earthquakes that lead to more big cracks in the ice, thousands of Emperor penguins become trapped and surrounded by hundred feet-tall columns of ice with no way out. Mumble, Erik, and two other kids had to find a way to provide them with food while they think of ways to get everyone out of the deep pit.

In the story, Mumble and the kids encounter different animals including another group of penguins called the Adelie. There’s the weird yet astounding Sven, the penguin who can fly, and his trusted friend, Lovelace, a penguin who wears a colorful shirt.

Aside from values like loving your family and giving a helping hand to friends in need, viewers will appreciate the lessons in cooperation, believing in oneself, and on keeping promises. Aside from Mumble and Erik, there are other unforgettable characters in the movie that made the story even better. Ramon (who is voiced by Robin Williams) is very funny as well as the two krill named Will and Bill (voiced by Brad Pitt and Matt Damon) who also made a journey of discovery of their own.

When the credits started rolling, I was astonished to see how many people are involved in making this film. They all did such a good job because this movie is so fun to watch especially since we saw it in IMAX 3D. I like everything about Happy Feet 2 particularly with how the 3D effects and the creators were able to make the penguins look so real. I recommend everyone to watch this. 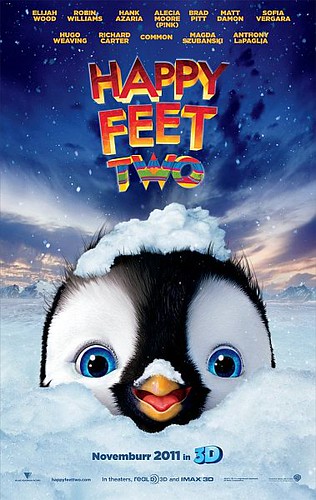 Opening across the Philippines this Nov. 23, “Happy Feet 2” is distributed by Warner Bros. Pictures, a Warner Bros. Entertainment Company.

Our movie reviewer for Happy Feet 2 is 13-year-old blogger Gene Daniel Floresca  of http://guys-who-blog.blogspot.com who also writes for Manila Bulletin.