I enjoy listening to a wide variety of music and am always glad when foreign artists choose to hold their concerts in the Philippines. That means they recognize the large number of Filipino music enthusiasts and are willing to perform here.

When I was asked by Orange Magazine TV to cover Lenka‘s concert at the World Trade Center last October 9, I said yes because I’ve heard some of her songs and found them really good. I arrived at the venue before 6pm, got my ticket from Orange’s contact person, and fell in line with the rest of the waiting crowd.

Unfortunately, two huge air conditioning units inside the small lobby were turned on full blast directly on the snaking line of fans. I was wearing a thin cardigan and, less than 10 minutes later, started shivering. I endured the unreasonable cold for almost an hour then, tired of standing that long, decided to leave my place in the queue and go outside to thaw myself out.

I saw Aileen, a fellow blogger, on my way out. She and I decided to grab something to eat because the doors looked like they won’t be opened for a long time yet. We were right. We got back to WTC after almost an hour to find that the crowd was already inside the concert hall waiting, still standing, and freezing in the cold blast of yet another set of huge air conditioning units. I counted 16 in all and it felt like we were somewhere in the North Pole. Aileen and I huddled on a wall ledge in one corner trying to keep ourselves warm. I felt sorry for those who came in shorts and sleeveless blouses. 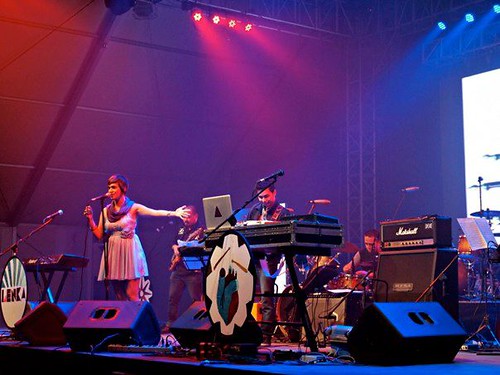 It took another hour before the first front act, Taken by Cars, started playing. They were good but, by then, I was already violently shivering and unable to enjoy the music much. My attention was momentarily captured when Tricia Garcia came on stage and starting singing a familiar song from my college days. I forgot the title but loved Tricia’s smooth voice and rendition. She sang a few more songs before Barbie Almabis-Honasan replaced her on stage. (editor’s note: Tricia Garcia covers Barbie Almabis hit single “Tabing Ilog“. It is the carrier single from her debut album “Kulay” under MCA Music Inc.)

That time, I could no longer control the chills coursing through my body and opted to go outside. It’s a good thing the sound system was loud enough so I was still able to listen to Barbie wowing the audience. I felt feverish and texted a friend (who’s still on his way to also watch the concert) and asked him to buy me some medicine. I also called my husband to come fetch me because I thought I might pass out from the awful headache and chills if I went home by myself. 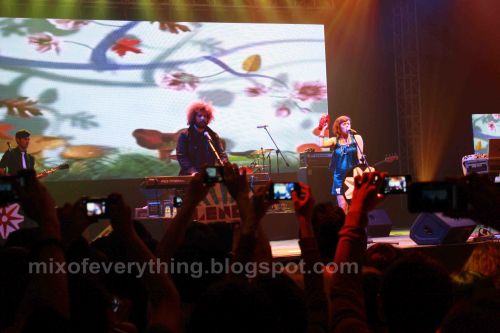 When Lenka finally came on, I already felt very weak and could no longer imagine being exposed to the North Pole-ish temperature inside. I just took the medicine my friend Myke Soon brought me and told him to go ahead inside. For more than half an hour, I sat on the bench and listened to Lenka and the fans who were cheering her on. She sang both upbeat and slow songs. I particularly liked her version of a Vonda Shepard song the title of which, unfortunately, escaped my then already hazy brain. 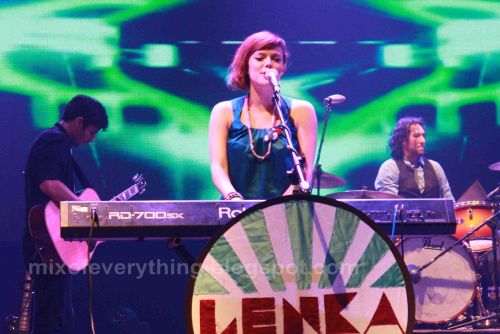 When my hubby arrived to take me home, I asked him to come inside with me for a while (Myke had an extra ticket) so I could at least get a glimpse of the international singing sensation. Thankfully, the organizers seemed to have realized how cold it was earlier and lowered the temperature a little. 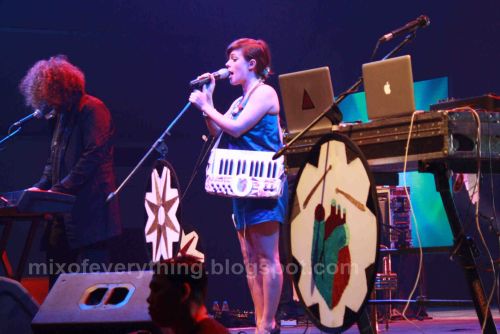 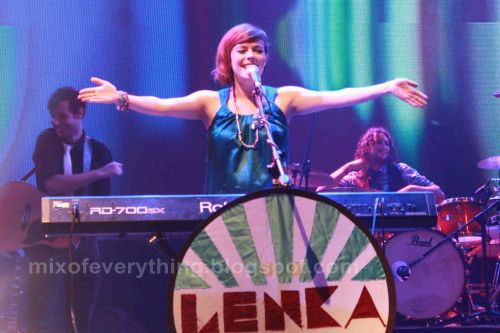 I caught Lenka playing keyboards and a trumpet-like instrument. She really is a multi-talented artist! She was wearing a royal blue dress and singing enthusiastically for the excited fans. For an expectant mom with an emerging baby bump, she was full of smiles and energy. When she finally took her leave, shouts of “More, more!” rang out. After a while, she and her band members came back on stage and sang a couple more songs. 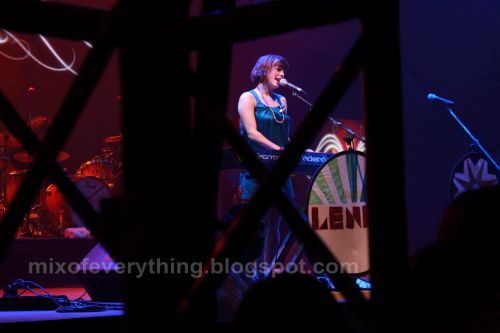 As many anticipated, since she hadn’t sung it before, she left the best for last. Lenka performed “The Show” as her farewell piece to the delight of the audience. She encouraged everyone to sing parts of the song along with her which many did.

It definitely was a night to remember because, aside from the beautiful and gifted Lenka, we likewise got to see talented Filipino music artists shine.

I just hope that the organizers could have taken care of the audience better. As it was, I ended up sick for almost a week starting that night from being exposed to the extreme temperature and from being tired from all the standing around we did for almost two hours before the show finally got underway.

Concert photos contributed by: Myke Soon of Mix of Everything Blog

Join the search and follow the clues in the WeTV Original Series “Section St. Valentine: The Disappearance of Divine”

Team Orange 14 Jan 2021 0 comments Press Releases
It’s a new school year, and the students at the Manila International School are starting their online classes. When the teacher does roll call, the most popular girl in school…