It’s time to take on a comedy film — 30 Minutes Or Less. Honestly, this one is not on my radar. I only heard of it when I received the invite to attend the premiere showing at Robinsons Movieworld Galleria Cinema 3 sponsored by FM radio station Magic 89.9. While waiting for the screening to start, I checked the Internet just to have an idea what the movie is all about. I was drawn to IMDB’s synopsis: Two fledgling criminals kidnap a pizza delivery guy, strap a bomb to his chest, and inform him that he has mere hours to rob a bank or else… 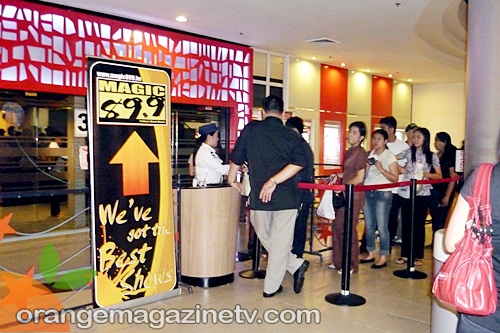 WTH! That was my initial reaction. And that remained to be so the entire time I was watching the movie, the F word nudging the H word sometimes. The Social Network’s sensation Jesse Eisenberg led the cast as Nick – a good-for-nothing pizza delivery boy who can’t keep up with the pizza company’s 30-minute delivery policy. We are all aware of that policy – the pizza’s free if delivered beyond 30-minutes. Nick is having a hard time. Maybe if he rides a bike like they do here in the country. He drives a car.

As Nick struggles between his job, his relationship with his bestfriend Chet (Aziz Ansari) and his girlfriend who happens to be Chet’s twin sister, a plot to kill an Ex-Marine (Fred Ward) develops. As the assassination plot progresses, Nick in one of his pizza delivery rounds, gets kidnapped by the masterminds (Danny McBride and Nick Swardson) for a special mission. The mission:   to rob a bank within hours or else he dies. A vest with explosives is strapped onto Eisenberg’s body, leaving him with no choice but to obey.

The script played a big part to make people laugh. The police, the car chase and the other characters built the action part. The bank robbery scene was hilarious. The “You came back for me” scene by the criminals still makes me smile as I recall the part. Everyone played their roles well. Watching Jesse Eisenberg doing something like this is weird but good. There were parts though when I thought he was playing Mark Zuckerberg. But maybe that’s the real Eisenberg.

This action-comedy film was made to entertain. To deliver a film with no sense and still make it look good is something noteworthy. I mean, this is just one of those where you don’t take home a “moral of the story” with you. But despite that, you still leave the movie house smiling. I’m glad I grabbed the chance to watch 30 Minutes Or Less. Directed by Ruben Fleischer (Zombieland) and produced by Columbia Pictures, the movie opens on October 26th. This is one film worth watching with the gang.

Movie review by our Contributor Alwin Aguirre, Blogger and businessman. He blogs at www.thecityroamer.com 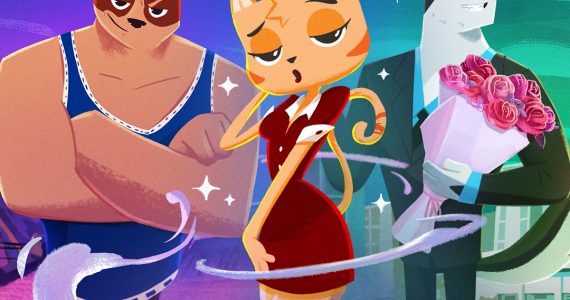