Who could ever forget that scene from “Charlie’s Angels” when the naïve Natalie, played by Cameron Diaz, was instructed to flip her hair to “flirt” with Luke Wilson’s Pete Kominsky? Flipping the hair has been seen in countless movies as a way to get someone’s attention. It works especially well if the girl has lustrous long locks. A single flip of hair will have boys chasing her around town. But does it really work behind the camera? 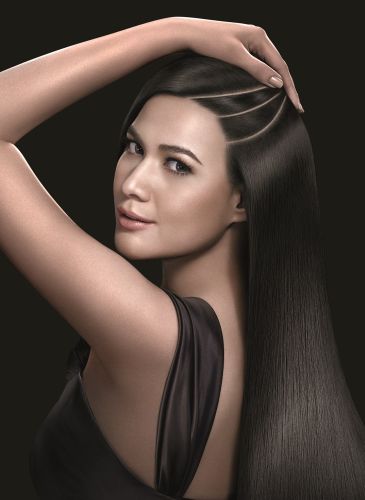 Actress Bea Alonzo had her share of hair flipping in numerous soaps and movies she’s done. For her, it’s a role she has to portray and as a professional, she has to do it with conviction.

“It’s a boy-girl thing, and the next thing you know, that single hair flip sends fireworks shooting to the skies,” Bea mused. “But of course, you have to make it look real for the audience to appreciate and be convinced with your role.“

How Bea effectively does it is no secret at all.