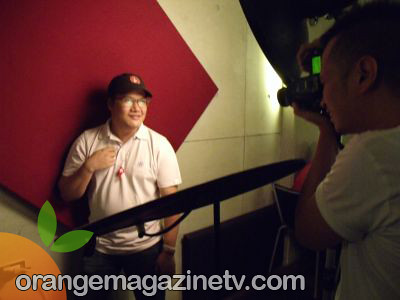 Last August 17, Bloggers were invited to attend the Project Headshot Clinic: The Red Whistle Project – a campaign awareness against HIV/AIDS.

This is my 3rd Project Headshot Clinic shoot of ace photographer THE Niccolo Cosme and my 2nd in supporting the HIV/AIDS awareness campaign (see related post here). Would like to thank fellow blogger Flow Galindez  for organizing this worthy cause. Niccolo Cosme is one of the few famous people I know who is really dedicated to  advocacy  like this. And to be photographed by him is always a pleasure and great experience. His works are all genius! 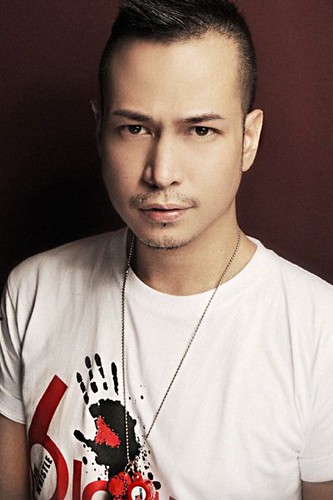 I’ve always been a supporter of any thing that supports the campaign awareness to fight/prevent HIV/AIDS. I used to be a volunteer for Remedios AIDS Foundation. But if you ask me why I do this, it’s simple. I want to protect myself and the ones I love. I am not positive (based on my last test) and I tend to remain that way. If I have not known about Remedios AIDS Foundation, I would have gotten that disease because of my “lifestyle” during my younger years. And now I learn. And I want to share to others the importance of being ‘negative’ with HIV/AIDS and how to deal with people affected by it.

And that’s why I’m doing this again.  The Red Whistle is a response to the alarming situation of HIV/AIDS. The emerging trend shows that the current prevention programs are insufficient, and the communities affected by the epidemic must be mobilized into action to support initiatives that aim to stop the epidemic.

For the record, The Philippines is facing an alarming rise in HIV infection. Six new infections are recorded everyday, an exponential leap from the ‘low and slow’ character of the epidemic before 2007. There are also reports of undocumented HIV-related deaths, a manifestation of the invisibility of the epidemic and its impact. Evidence indicates that the increase is driven by the lack of awareness and appreciation of the risks of HIV infection due to unprotected sex, which is aggravated by fear and stigma that surround the virus and the people living with HIV and AIDS.

The Red Whistle has three objectives: 1. raise awareness on the situation to encourage community action; 2. deliver safer sex messages designed to reach communities affected by the epidemic; and 3. help facilitate access or referral to HIV services, including HIV testing, treatment, and support services.

The Red Whistle aims to empower and inspire people to come together and help each other in this battle against HIV and AIDS. They hope to reach their objectives through online and social media efforts, visual arts and re-branding through the red whistle. They also hope to engage individuals and groups to HELP sound the alarm in their respective communities that HIV is here and that it must  be stopped.

Currently they have produced a thousand red whistles which are being given out to individuals and organizations and at the same time getting their pledges and their commitments in our battle against HIV and AIDS. So far these whistles are becoming a trending item and are running out really fast.

The Red Whistle campaign could also be a collaborative platform for artists/individuals/groups to come together and create new visuals and mediums that can be used as awareness campaign materials and to hopefully collaborate with brands to come up with items that can be in line with our campaign.

They are also looking for graphic artist/visual artists who can “donate” artworks inspired by The Red Whistle. These artworks can be use to further their awareness campaign that they hope can sound an alarm. They are also looking for companies/establishments that can partner with the campaign and give high visibility for The Red Whistle (for example stores with high traffic, coffee shops or restaurants frequented by a lot of people).

You may check out The Red Whistle Facebook Fan Page  for more updates and information. It is definitely very new but is relatively growing in numbers by the hour. They are hoping to get more supporters not just in Manila but from all over the world. It’s truly sad that most countries have declining numbers of reported new cases and our country has an increasing number of HIV cases. It is said to possibly reach a 500% increase in the present administration. I hope you too can help!  Any sort of support is very much welcome!

Each red whistle reads “No more AIDS-Related deaths, Stop HIV spread now, together we can” and I believe… together we definitely can!