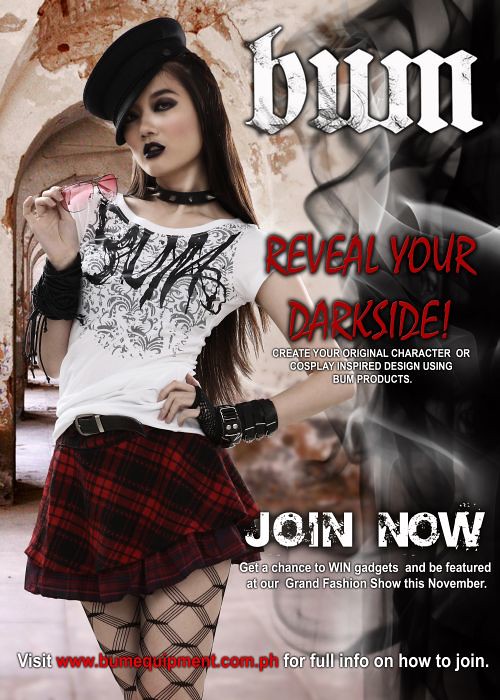 After the success of BUM Equipment‘s “MY STORY” contest, they are back with another contest that will definitely reveal your darker side.

Focusing now on its new concept, Costume Play, or more popularly known as COSPLAY, is what they want to penetrate because of its growing style trend in the Philippines. Truth to this is that it is no longer just part of the Otaku culture (fans of Japanese comic books or manga), but it is becoming a common sight in everyday Pinoy fashion little by little.

There’s a lot to Cosplay than a representation of a person’s favorite anime character. It also speaks volumes about his/her fantasies, creativity and the center of it all, individuality.