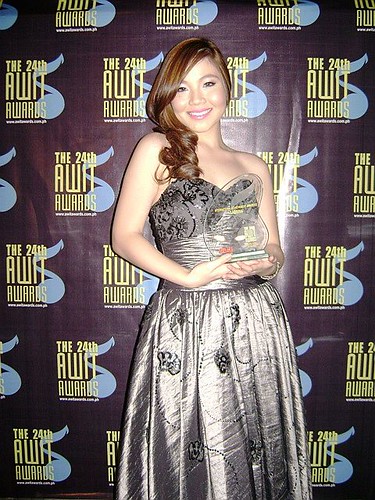 One of the top honors went to King of Acoustic Pop Nyoy Volante who bagged the Best Performance by a Male Artist for the song “Someday“. The single is included on his album “In You“, his debut album under the multi-national record label. 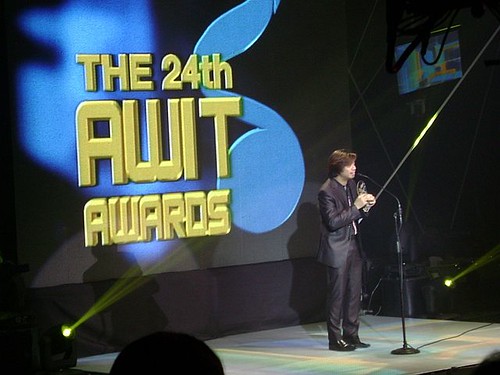 Asia’s acoustic sweetheart Sabrina was the recipient of the International Achievement Award for achieving Platinum and Gold status in Indonesia and Thailand for her albums “I Love Acoustic“, “I Love Acoustic Too” and “I Love Acoustic 3“. She was also awarded as I-Gateway Mobile Philippines Inc. as the “Most Downloaded Artist for 2010“.

R&B artist Kris Lawrence also walked off with 2 digital awards: EGG’s Allhits.ph Most Downloaded Song for 2010 for “Careless Whisper” and the Most Downloaded Artist for 2010. His cover of the Wham! original is included in his album “Moments of Love.”

The wacky trio of Boys Night Out (Tony Toni, Slick Rick and Sam YG) got the “Best Novelty” award for the song “Shawarma“. The song, produced by Francis Guevarra and sung by Shivaker, is in their self-titled debut album under MCA Music.

The Awit Awards is a prestigious award-giving body, spearheaded by PARI (The Philippine Association of the Record Industry, Inc.), that gives recognition to Filipino performing artists and people behind the making of Filipino recorded music.

Team Orange 20 Jan 2021 0 comments
AirAsia reminds its guests to strictly observe established health and safety protocols such as wearing of face mask and face shield within the airport premises, and during the entire duration…