Movie Review: No Other Woman

It’s rare for me to watch Tagalog films simply because I felt I could wait for it to be shown in free TV. And you can’t blame me because I can’t help but notice so many flaws from it. Horror and drama becomes comedy because of bad acting. But I gave  exception  though to some Tagalog movies especially if it’s produced by Star Cinema. Because quality is what they offer in almost every movie they release.

So far for this year, the only Tagalog I enjoyed are “Ang Babae sa Septic Tank“, “Wedding Tayo, Wedding Hindi“, “Zombadings: Patayin sa Shokot si Remington” and now, “No Other Woman“.

I failed to review Zombadings and Wedding Tayo, Wedding Hindi because of my busy schedule. But I would not miss reviewing No Other Woman. Simply because I love this movie.

As a Blogger, I get the perks of watching movies for free. But if I really like the movie, I don’t mind spending just to see it. And that’s the case with No Other Woman. Yesterday was its 1st day of showing and we (fellow bloggers Rod Magaru, Flow Galindez and Richard Paglicawan) decided to watch it at Glorietta 4, Ayala Malls, Makati City. 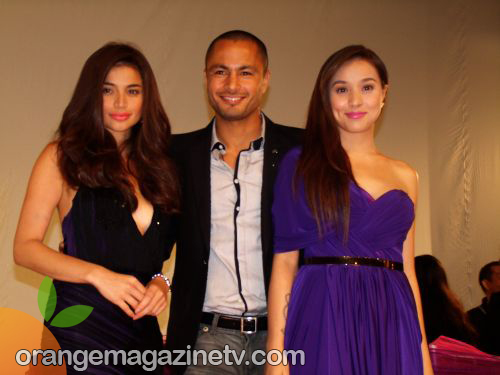 Although we expect to see it around 9:30pm, we ended up watching the movie around 12:30am because of some ticket reservation issues. And I’m surprised that there’s still a line! It seems two (2) screenings is not enough at Glorietta 4. According to Rod Magaru, he spotted Kris Aquino and Lucy Torres watching “No Other Woman” too. Now that’s something!

That particular line actually convinced me (aside from Anne Curtis’ hotness) when I first saw its trailer. And so goes this blog/movie review.

Although I had fun watching this film, I do have some comments to add in. First was the opening track used which sounded like the movie’s genre is suspense/horror. Not the best musical scoring, I guess.

In the movie, Derek Ramsay plays a cheating husband to Christine Reyes who’s nothing but a perfect wife, while Anne Curtis is the other woman… take note, not a mistress… yet. The story is actually simple and no-brainer, a man with a perfect wife still got seduced by an equally perfect other woman. But what you’ll be looking forward here are the lines thrown by Anne Curtis and Christine Reyes. Also, don’t think much about the ending as it is predictable like any other wife-husband-mistress story.

I’m telling you, this movie has so many quotable quotes that I ended up writing down almost all of it. But of course I can’t share it yet because I don’t want to spoil the movie. But will update it maybe after a week of its run.

Although the characters were properly established, it fails in resolving their individual issues like in the case of Derek and Anne having some father issues. The story really focuses on the main leads that I felt Carmi Martin could have been given more scenes because she delivered juicy and memorable lines as well.

But come to think of it, the confrontation scene between Anne Curtis and Christine Reyes were enough to make this movie worth watching. And I’d be hypocrite if I didn’t mention how hot this movie has turned out. The main cast bares so much skin that you will ask for more! Derek Ramsay showed his butt, Chritine and Anne wears the skimpiest bikinis. Amazing, right?

But let’s not forget how great Anne Curtis and Christine Reyes in this movie. It was a revelation for me to see them in a character I wont expect them do. Anne plays a perfect “other woman” and Christine as the “perfect wife”. They both nailed it perfectly. Their exchange of lines are funny too especially their confrontation scenes: the BAG scene, the DINNER scene, and the BIKINI scene.

Although Derek Ramsay’s role is good enough here as a playboy, somehow he becomes boring whenever he’s not with her two leading ladies. Something lacks in his acting. And I think he cried more here than Anne and Christine. But on screen, they click together. They sizzles together. You just can’t let him do solo scenes because that’s where the boring part begins.

Also, I didn’t get why they used “Now That you’re Gone” as the movie’s theme song. Though Juris sang it well, if you listen to its lyrics, it doesn’t connect with the movie’s story at all nor even the characters. And they keep on inserting it in the movie that sometimes its music overpowers the lines of the actors. But it’s effective though because at the end of the movie, I keep on singing that theme song. LSS mode!

Over-all, the movie is worth watching. The characters are well-acted (Kat Alano is also good here. She should get bitch roles more!) And if you still don’t agree with me, all that matters is Anne Curtis, Christine Reyes and Derek Ramsay is in this movie. Watching No Other Woman even in last full show is not a bad idea at all. Congratulations Star Cinema and Viva Films for this in-your-face love triangle!

QCinema partners with KTX for 2021 Edition