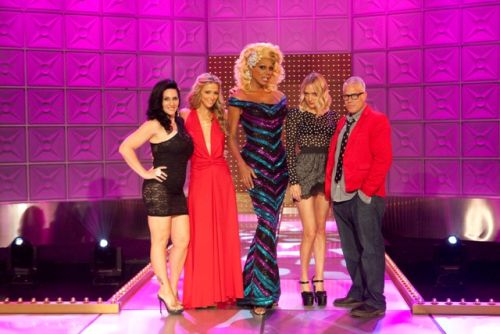 In the newest season of “RuPaul’s Drag Race,” Asian and definitely “Pinay” drag contender Manila Luzon joins 12 of the competition’s talented and overly dramatic beauties, who are pitted against each other in an over-the-top competition and given the chance to fulfill their lifelong dream of becoming America’s Next Drag Superstar.

Hailed as the ultimate Asian Glamasaurus, Manila Luzon’s fashion and beauty garnered the attention of the New York party scene. Among his outrageous get-ups are kimonos made of Ramen Noodle wrappers and his sequined gowns. A staple to the city’s nightlife for the last six years, this attention grabber enlivens club scenes, especially when he pumps through with a half dozen stuffed Hello Kittys in his updo.

Celebrating his Filipino background, Manila is named after the capital of the Philippines. His last name was obviously derived from one Philippines’ group of islands, Luzon. Originally from Minneapolis, Manila began on the stage of The Gays 90‘s. Soon after a fresh-faced start, he moved to New York City. Never one to shy away from attention, Manila began to cultivate unique looks that made riding the subway from his apartment in the Bronx a visual all-you-can-eat-buffet!

More beautiful, bitchy and ballsy as ever, this season’s race has more queens, more drama, more catfights and more outrageous fun as the 13 contestants sew, glue gun, plot, style, strut, smash and grab to prove they’ve got the charisma, uniqueness, nerve and talent to be the grand drag queen. RuPaul delivers a dazzling and hilarious performance as judge, mentor and diva inspiration, together with other celebrity judges La Toya Jackson and Sharon Osbourne.