Westlife’s ‘The Gravity Tour’ In Manila A Resounding Success… Again! 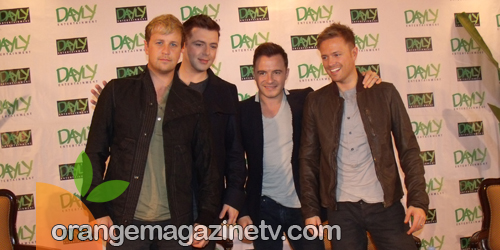 As thousands of fans filled up the Smart Araneta Coliseum in Cubao, Quezon City last September 29th, there’s no doubt WESTLIFE is still on top of the game when it comes to charm, good looks and wonderful voice. And Orange Magazine TV was there to witness Westlife’s very successful ‘The Gravity Tour in Manila‘ which the Filipino fans would love to relive over and over again.

Before the concert, the Irish lads met the press people at Hotel Shangri-La Manila to promote their concert. Here are the full video coverage taken during Westlife’s press conference: 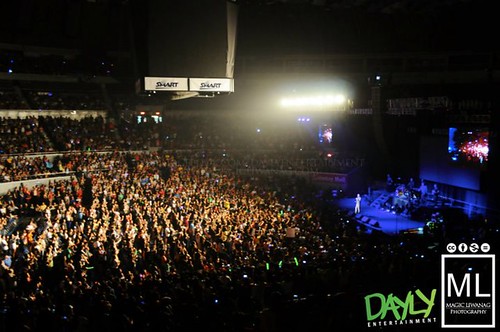 And then there’s the concert.

Seventeen songs and four adorable outfit changes that suit them nicely, Shane Filan, Nicky Byrne, Kian Egan and Mark Feehily opened their show with one of their upbeat songs, “When You Are Looking Like That.”   And as expected, shrills and screams of fans who’ve been longing for this boy band for almost 5 years now succumbed the Big Dome.

Kian Egan apologized to their Filipino fans for letting them wait this long, but nonetheless, the whole group was delighted to see how they were welcomed here in the Philippines.

After that, four more songs that made the band more popular all over the globe followed before they change into a more casual outfit. They sung “World of Our Own“, “What Makes a Man“, “Safe” and Michael Buble‘s original, “Home.”

With crowd still craving for more original songs, the four handsome Irish lads sing “My Love“, a crowd favourite, I must say, because you can really hear everyone singing along.

The quartet made the night more memorable as they gathered four lucky fans from the crowd, each one carrying a banner saying something about each of the member of the group. There’s “Nicky, I want twins, can I have your genes?”, “Kian, is it hot in here or is it just you?” and the crowd’s most applauded banner, “Mark, kiss me”, in bold letters, carried by… a guy! A fun night, indeed!

And as the four lucky fans take their seats on the stage, the boys serenaded them with “Beautiful Tonight”.

After which, the boys left their four lucky picks on stage as they run for another costume change. This time the guys came back on stage with a very cute Mickey Mouse ensemble.

At this point, the crowd listens to a wonderful medley of songs popularized by Coldplay (Viva La Vida), The Black Eyed Peas (The Time – Dirty Bit), Rihanna (Only Girl) and Lady Gaga (Bad Romance).

Here’s a fan video posted by Artattack08 at Youtube:

Then, they step back and made the crowd relaxed from screaming with “You Raise Me Up“, “Seasons in the Sun“, “I am Already There“, “I Will Reach You“, and “Flying Without Wings“.

With the band saying thank you to everyone who spent time with them, the crowd thought it was the end of the show. But when they approached the stage again with little less formal outfits, Smart Araneta Coliseum was stunned again with the crowd’s more powerful cheer.   And with that, Westlife sings “What About Now.” 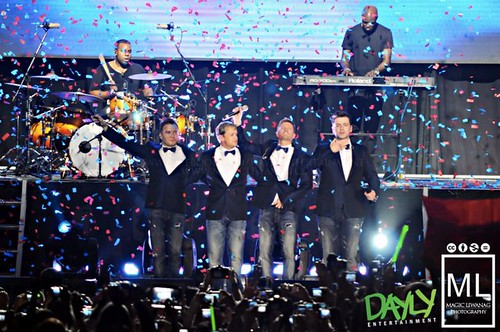 And for all the Filipino fans to truly enjoy the night, the guys didn’t leave the night hanging, they sung “Uptown Girl.”   The song seemed to mark on every spectator’s mind with the obvious singing and dancing it while exiting.

The guys promised to be back soon with their hope of having a duet with Pambansang Kamao Manny Pacquiao and Charice.

Special thanks to Mr. Diego Pineda of Dayly Entertainment for the concert tickets and to Mr. Juan Rafael Liwanag of Magic Liwanag Photography for the photos.

Our contributor, blogger Alex Dizon is the middle child behind the blog Recycle Bin of a Middle Child. With his busy life as an office employee in the morning, this Middle Child still managed to update his other blogs Lafanggero.blogspot.com (that tackles about food) and Rammmpa.blogspot.com. Proud and gay, Alex Dizon is currently into photography, music and the arts.