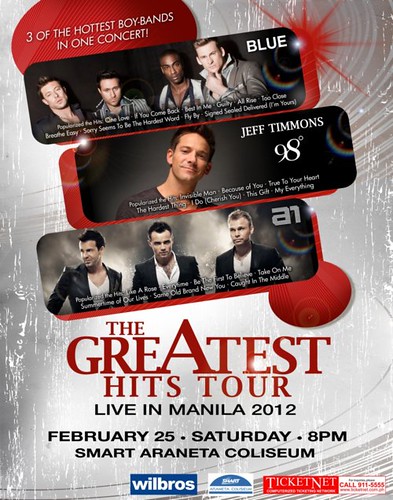 This February, bring out the “boy band” in you as three of the hottest and best boy bands in the 90’s are coming to Manila to serenade us with their heart-warming songs via “The Greatest Hits Tour”.

British-Norwegian group A1 is expected to churn out their familiar tunes at their Manila concert on the evening of February 25, 2012. But one thing their Pinoy fans should look forward to is their new, exciting rendition of their smash hit “Like A Rose,” which arguably is their biggest song in the ears of fans this side of the globe.

Member Ben Adams who wrote “Like A Rose” is thrilled to announce their performance of the said version. “We have just updated it for a brand new version for 2012, which was amazingly fun to do! Very excited for you all to hear it!” He recalled, “I wrote it when I was 16 years old on my old upright piano at my parents house. I haven’t told anyone this really as most people assume it’s a love song, but it was actually originally written for my mom!”

A1 started making a big splash when their first single, “Be the First to Believe,” entered the UK charts at #6 in early 1999. They had a huge amount of success worldwide with two #1s and eighty top 10 hits. Some of their other hits are “Take On Me“, “Ready or Not / Everytime“, “Same Old Brand New You“, “Caught in the Middle” and “Make It Good“. 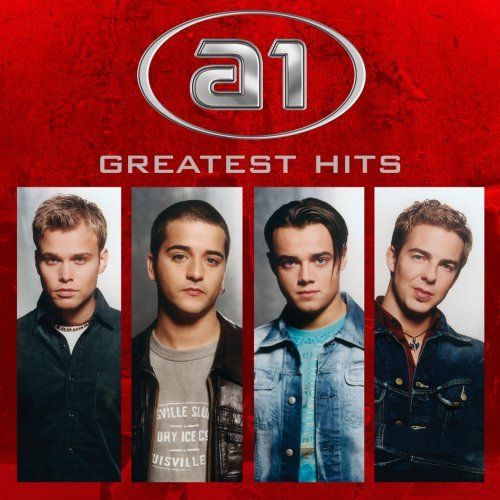 Grab a copy of the greatest hits of A1, available in music stores nationwide, for only Php430, only from Ivory Music & Video, the exclusive licensee of Sony Music in the Philippines.

Also joining A1 for the Wilbros Live February concert at Smart Araneta Coliseum are contemporaries Blue and Jeff Timmons, lead vocalist of the now defunct 98 Degrees. Fans can expect for these guys to sing their biggest hits and surprise cuts in the triple-treat concert dubbed