The Kapuso actress first graced FHM Philippines last September 2007 and another one with her equally-hot younger sister, Ehra Madrigal last November 2010. For her recent cover, Michelle Madrigal is a sun-kissed beauty and more provocative with her topless shoot.

Another men’s magazine from a very popular franchise, also features a morena model looking a bit similar with Michelle Madrigal’s pose, except the latter is much younger and still baby-free. But kudos to that magazine for coming up with a decent cover and for getting one of Philippines’ premiere top model.

Grab a copy of FHM Philippines April 2012 issue available in leading magazine stands for only Php 140.00 under Summit Media. 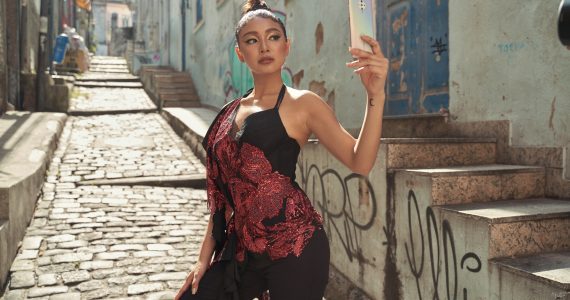 Team Orange 09 Mar 2020 0 comments Beauty
Metro Most Stylish, the annual best dressed list of the Metro brand, celebrates fashion in the country through the recognition of Filipinas who are admired for their style. Now on…

Team Orange 23 Jan 2020 0 comments Events
VP Choice Awards (VPCA), the most-awaited night of the year, is finally happening on Thursday, January 23, 2020 at Casino Filipino Manila Bay. In fact, this will be the biggest…

Team Orange 02 Dec 2019 0 comments Events
It’s that time of year again! For the 9th straight year, COOK Magazine has been throwing thanksgiving party for all their friends and supporters. This year, they’re going K-Pop! Quirky,…