Asia’s acoustic sweetheart SABRINA releases her follow-up single from her highly successful “I Love Acoustic 4” album—her version of the hit “Moves Like Jagger”.

This Maroon5-Christina Aguilera single which became a staple song of 2011 and still burning the airwaves this year will infused with Sabrina’s own sweet acoustic flavor that listeners will love. Its music video by young director Daphne Oliveros will premiere this February at the number one music channel in the Philippines—MYX. 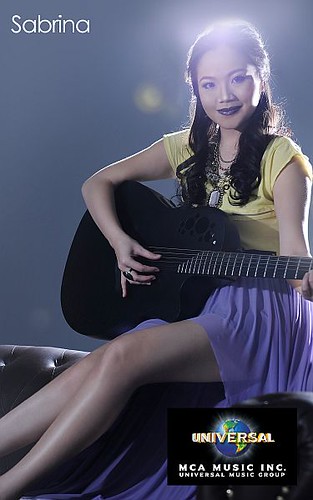 “I’m so excited about this second single as it is such a fun track,” Sabrina said. “Also watch out for my music video as it will be different from my previous videos”. 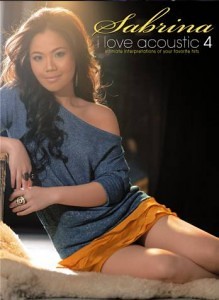 And another breaking news— last November, “I Love Acoustic 4” turned GOLD in Indonesia and this month, it is certified PLATINUM in that country. This makes Sabrina one of the few Filipino singers to have multi-platinum success in Indonesia which other singers have tried but failed to penetrate. “I Love Acoustic 4” was also released in Thailand and soon in Singapore and Malaysia.

Her previous albums “I Love Acoustic”, “I Love Acoustic Too” and “I Love Acoustic 3” were multi-platinum success in those countries- the only Filipino female singer to break in successfully in the South East Asian market. Her huge following abroad is now translating locally as the album is still in retail charts where it debuted at #1 at Astroplus and #9 at Odyssey upon its first week of release. Because of her success abroad, she became a recipient of the “International Achievement Award” at the recent Awit Awards where she also took home the I-Gateway Mobile Philippines, Inc.’s Most Downloaded Artist for 2010.

The album also includes the tracks “Price Tag,” “Who Says”, “Edge of Glory”, “On The Floor”, “Last Friday Night (T.G.I.F.)”, “California King Bed”, “Hold It Against Me”, “Rolling In The Deep”, “The Lazy Song”, “Back To December”, “That Should Be Me”, “Marry Me”, “Rocketeer”, “Just The Way You Are” featuring Indonesian singer Calvin Jeremy and “Lucky” featuring multi-platinum crooner Richard Poon. 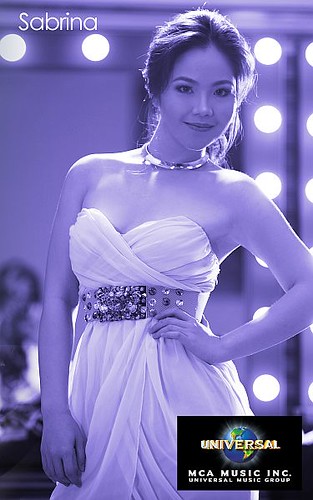 Catch Sabrina as she serenades SM Pasig on February 17 (Friday) at 4pm. Those who will buy her album “I Love Acoustic 4” will get to have their CDs autographed by Sabrina herself after the show.

“I Love Acosutic 4” by Sabrina is now out in CDs under MCA Music (Universal Music Philippines) and available for download at mymusicstore.com.ph. To download Sabrina’s single “Moves Like Jagger” text JGR and send to 2728 for Smart and Talk N Text subscribers, text KL343 and send to 2332 for Globe/ TM or text  5493161 and send to 2300 for Sun Cellular subscribers. For more of Sabrina’s music, just text SABRINA to 3456 or check out www.facebook.com/mcamusic.

A Bloggers’ Evening with Sabrina is brought to you by MCA Music in cooperation with Pinoy Magazine, Orange Magazine TV, Red Box: Rock, Dine, Roll and D&D Custom Guitars.