With a land area of an impressive 64,085 square meters, the MOA Arena is equipped with state-of-the-art technology and world-class facilities. The MOA Arena’s eye-shaped exterior seeks to channel the message that every single event to be held in its premises will surely be a “feast for the eye”.

The MOA Arena, with its massive all-glass façade, can accommodate a seating capacity of 15,000, with a full-house capacity of 20,000. This five-level ultramodern events venue also boasts of Robbins floorings, eight-sided, center-hung scoreboards by Daktroniks, retractable Spalding basketball goals and an LED ribbon boards—all of NBA standards. CCTV cameras will be provided by Mobotix, the same company that equips the Vatican Apostolic Library at the Vatican with professional-grade, high-resolution security devices.

Here is a sneak peek outside and inside the SM MOA Arena: 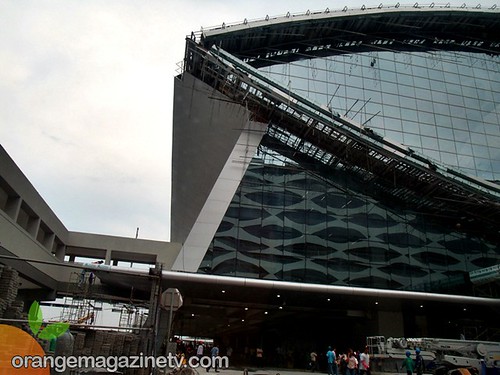 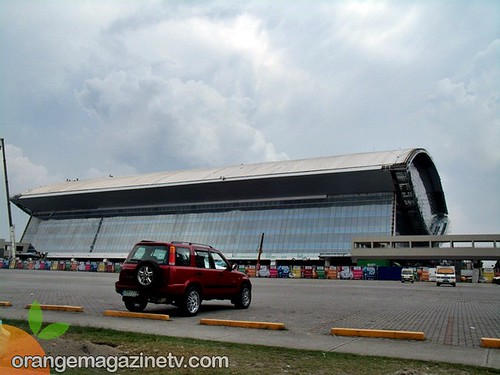 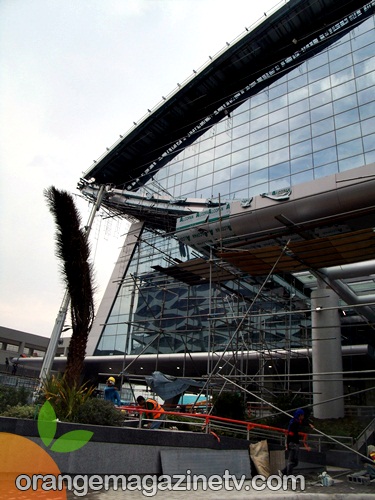 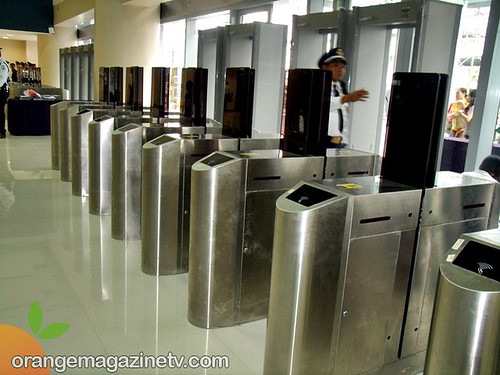 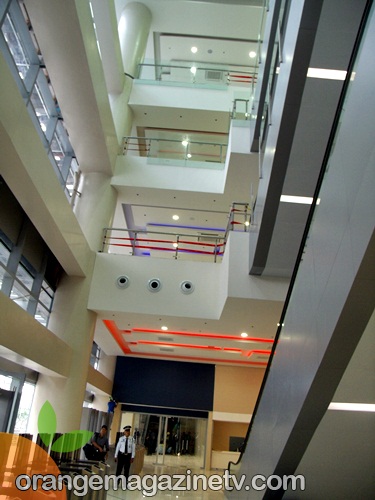 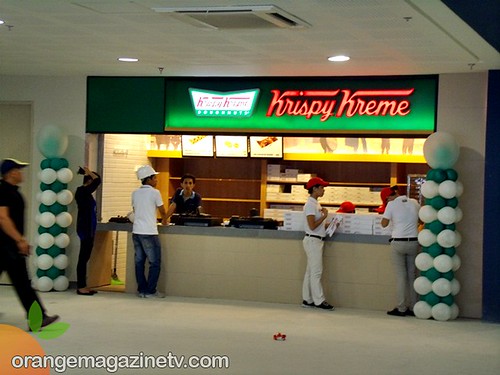 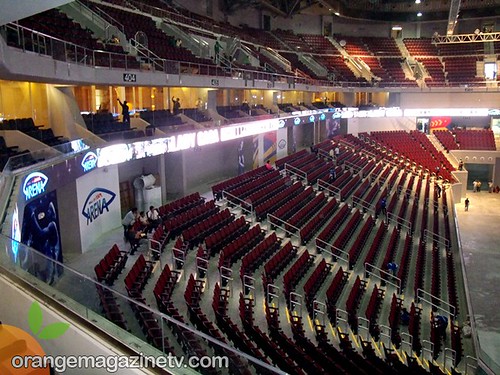 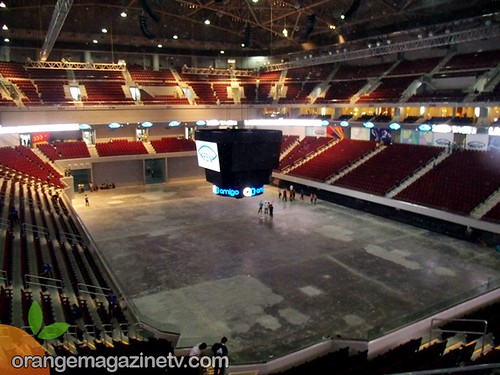 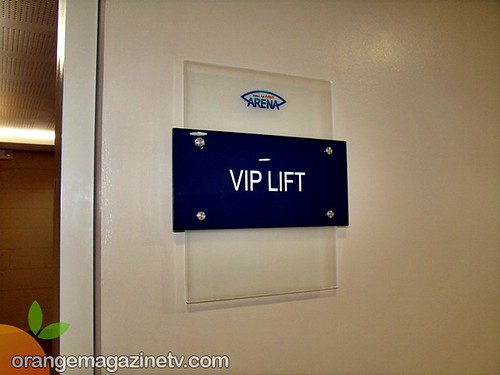 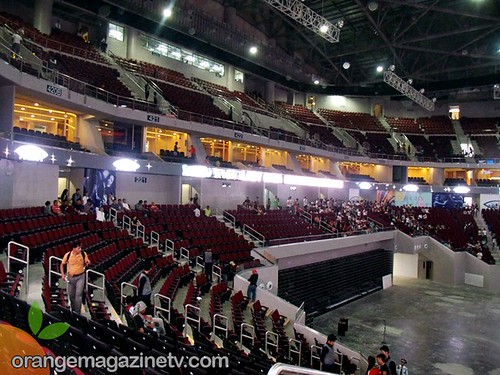 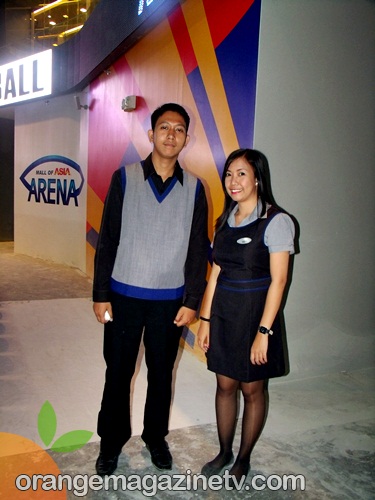 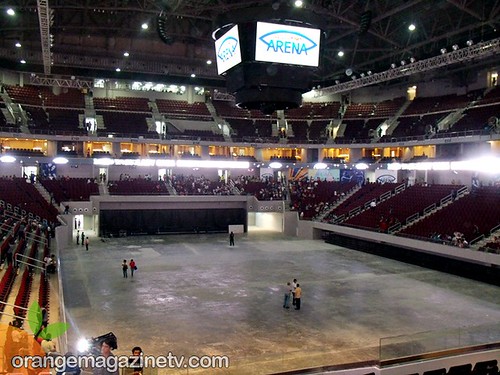 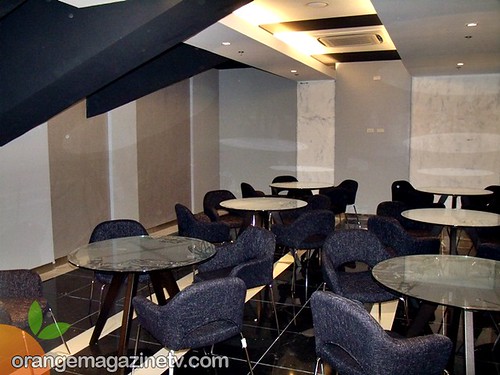 And here’s an exclusive sneak peek as well to the dressing room Lady Gaga will be using inside the Mall of Asia Arena: 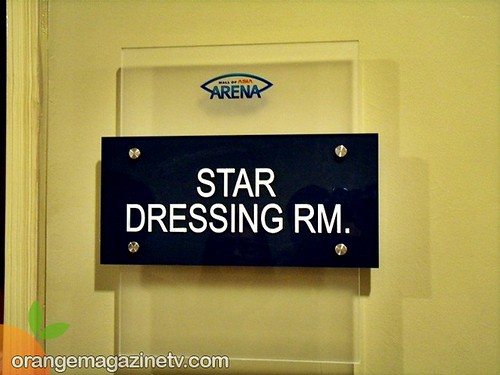 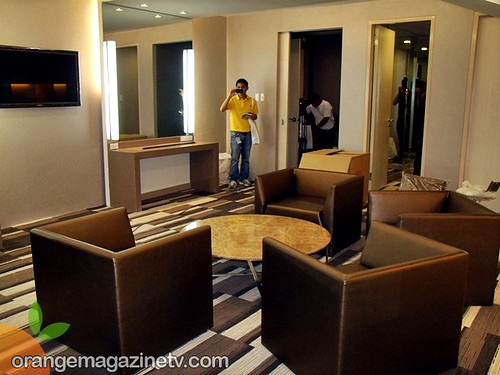 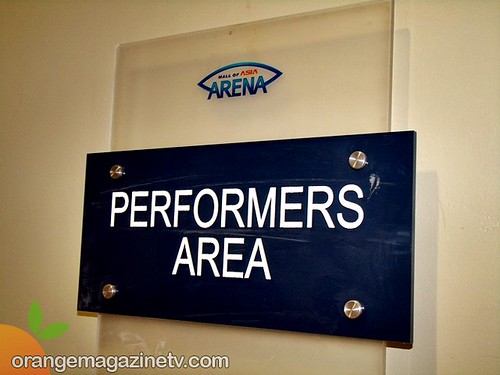 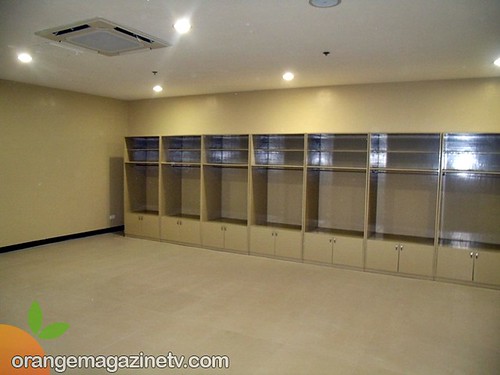 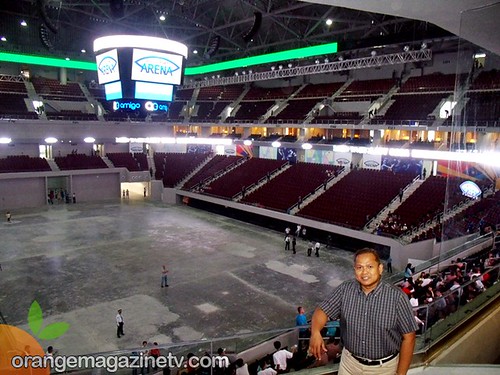 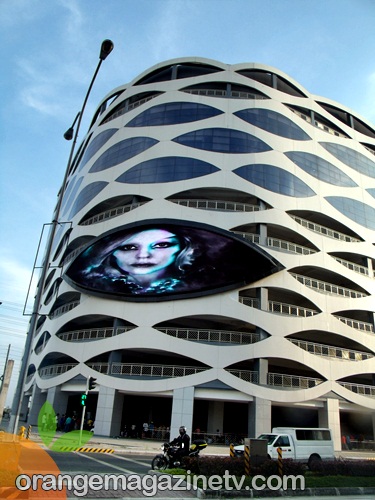 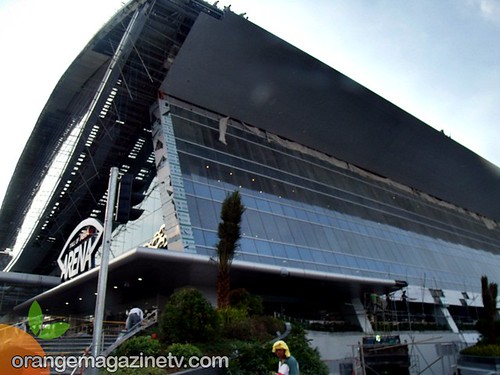 For its patrons’ maximum convenience, the Arena is designed with 16 comfortable smoking lounges. For ease-of-access, there are 10 elevators available in the premises. 34 units of escalators are also employed, with 8 units in each of the floors. To add, special access lanes for
PWDs are also provided for.

To comply with international standards, the Arena also has four dug-outs, a mess hall for an event’s technical team, a room exclusive for press conferences and even a special area for meet-and-greet affairs.  Parking-wise, the MOA Arena has more than 2,000 parking spaces located on the south side of the mall, with an additional 1,400 more accessible at the neighboring Mall of Asia Arena Annex (MAAX) building.

The Mall of Asia  Arena is the first events venue not only in the country but in the entirety of Southeast Asia to introduce corporate suites —private deluxe rooms more known as the executive or the luxury box in arenas in the United States. Located just above the lower box section, the MOA Arena Corporate Suites are furnished with its own restroom, a mini bar, comfortable furnishings and a glass-paneled viewing deck complete with plush theater seats. 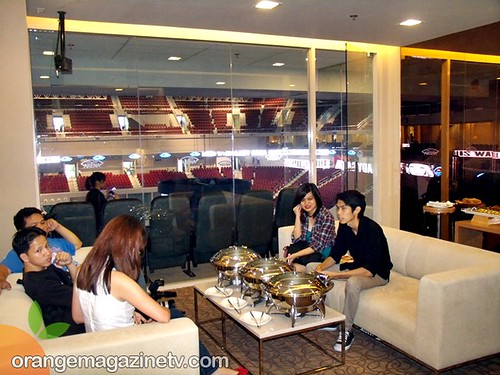 31 of these suites—referred to as Premier Suites—are being leased on a long-term basis. 10 Events Suites are also available for a per-event basis lease. The Premier Suites can go for about P9 million to P12 million and entitles suite-holders season pass for all of MOA Arena’s entertainment and sporting events.

The Mall of Asia Arena hosts top acts, both of local and international distinction:

Slated to stage inaugural concert performances on May 21 and 22 by international pop phenomenon Lady Gaga, the annual collegiate sports competitions Universities Athletic Association of the Philippines (UAAP) and the National Collegiate Athletic Association (NCAA) will also be held at the Arena with the National University Bulldogs hosting this season’s games.  In June, boy band sensations the Backstreet Boys and New Kids on the Block will grace the Arena along with Billboard chart toppers Edwin McCaine, The Fray and Taylor Dayne, while world-renowned Cirque du Soleil will perform in August.

The Arena has SM Tickets (www.smtickets.com; (02) 470-2222) as its official ticketing arm, with customer care agents promptly available for inquiries and ticketing purchases.

The Mall of Asia Arena as a culinary destination:

The MOA Arena also has in its premises high-end food outlets: Premiere Café + Lounge by Raintree Restaurants  will exclusively cater the Premier Suites Level , a sports bar operated by The Manila Hotel Group at the second floor and  a grill and  chill-out bar at the ground floor. Each food partner came up with a special concept which is only available at the MOA Arena.