An eminently likeable actor, Steve Carell (“Crazy, Stupid Love”) might not seem like an obvious choice for the controlling and obnoxious character, Trent, in Fox Searchlight’s poignant, coming-of-age tale “The Way, Way Back,” but that was part of the reason the filmmakers pursued him.

“Trent sets the tone for the movie,” says producer Tom Rice. “He needs to be adversarial, but he has to have enormous charm. You want a Trent you can believe a single mother wants to be with. When we started talking about the character, we were thinking about going in a very different direction for Trent. He was more of a beach bum, a ’60s wannabe. Then we put together a list of some outside-the-box choices. Steve Carell was at the top.”

Written and directed by Academy Award-winners Nat Faxon and Jim Rash (“The Descendants”), “The Way, Way Back” is the coming of age story of 14-year-old Duncan’s (Liam James) summer vacation with his mother, Pam (Toni Collette), her overbearing boyfriend, Trent, and his daughter, Steph (Zoe Levin). Having a rough time fitting in, the introverted Duncan finds an unexpected friend in Owen (Sam Rockwell), the gregarious manager of the Water Wizz Water Park. Through his funny, clandestine friendship with Owen, Duncan slowly opens up to and begins to finally find his place in the world—all during a summer he will never forget.

“We were very excited to have Steve play so against type. He had the courage to jump into the role, which might have intimidated someone else. He did a wonderful job,” says Nat Faxon.

Even in their first conversations, Steve Carell had a firm grasp on Trent’s character, according to Jim Rash. “He immediately recognized the sadness in this character. Steve understood that he starts and ends in the same place, which makes him a kind of tragic figure, trying to be a better person, but always failing.”

Steve Carell appreciated what he calls the economy of the script. “By that I mean that the characters are not over-explained,” he says. “You get a strong sense of who these people are without having it served up to you in the obvious ways.”

“I was really intrigued by Trent on paper,” he adds. “It would be so easy for him to just be a jerk, but I didn’t think that was the best approach. I wanted to know why he acts the way he does and part of the fun was finding that. He’s pretty humorless, very self-centered and he wants what he wants, but I have a degree of empathy for the guy. I don’t think he’s a villainous character and he can be fun to be around if he wants to be.”

Trent thinks he is ready to settle down again and be part of a family. “But he has these expectations that can’t be met,” Steve Carell says. “He gets extremely agitated when people don’t live up to them, especially with Duncan. He thinks he’s helping his girlfriend’s son, Duncan, by being a strong role model, but he’s actually being very detrimental.”

Duncan, says Steve Carell, is a character that all sorts of people will relate to as he struggles to find his way. “This kid is becoming a man over the summer. He’s about to come into his own in very painful ways and also very funny ways.”

Trent’s girlfriend is played by Toni Collette who Steve Carell co-starred in the hit indie comedy, “Little Miss Sunshine.” “I love working with Steve,” Toni Collette says. “And it seems to be our karma to be stuck in swampy, heated cars with rolled up windows in the middle of the summer driving for hours on end! I was so excited when I knew I was going to work with him again. He’s a very sweet, lovely person and such a fine actor.”

“The Way, Way Back” is distributed by 20th Century Fox through Warner Bros. and will be shown exclusively at Ayala Malls Cinemas nationwide starting September 11, 2013. 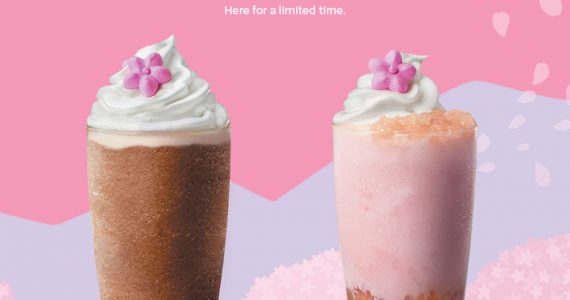 Team Orange 18 Feb 2020 0 comments
Cool breeze, faded pink flowers, and new beginnings — the arrival of spring is one that is always anticipated by many especially in Japan. The rare sight of Sakura trees…

Team Orange 18 Feb 2020 0 comments Press Releases
After just a year of operations, realme Philippines climbs to the fourth spot of the top smartphone brands in the country in Q4 2019, according to leading global market analyst…