For her first lead role as “Pyra: Ang Babaeng Apoy”, Thea Tolentino will not only be showcasing her talent in acting, but also in singing and playing the guitar. The Ultimate Female Protégé recalled her engagement with both when she was growing up.

Thea Tolentino learned how to play the guitar in high school due to the influence of her peers. She brought to mind the songs that she used to play, which were mostly J-pop songs, because she was into Japanese pop culture and anime. Unfortunately, due to her current busy schedule, she has not been able to keep tabs on J-pop.

Singing was part of Thea Tolentino’s childhood because their family managed a karaoke business. Her mom worked for her grandfather’s electronics store, and has always brought her along. As a bonus, little Thea sang and danced in the shop, most of the time, to the tune of Britney Spears’ songs. On the karaoke machine, she would always punch the numbers for “Dadalhin” by Regine Velasquez, and “Never had a dream come true” by S Club 7.

Thea’s dreams finally did come true now that she was cast for the lead role in the Afternoon Primetime soap, Pyra. And she’s bringing with her all these learning and experiences she had while growing up. She will be playing the role of Pyra who has a special ability called “Pyrokinesis.”

Will her voice and guitar-playing help out her character? Will her music bring more warmth to Pyra? Kapuso, let’s find out the answers as we all watch Pyra: Ang Babaeng Apoy! Catch its pilot episode this August 26, Monday, and witness the newest and hottest primetime show on GMA 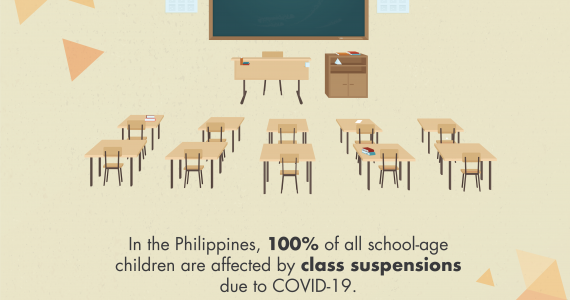 Team Orange 10 Apr 2020 0 comments
We are facing an unprecedented global public health crisis. While children’s health appears to be less directly affected by COVID-19, it must be recognized that the outbreak will deeply affect…

Team Orange 10 Apr 2020 0 comments Advocacies
ABS-CBN has extended the operations of “Pantawid ng Pag-ibig” to Bulacan, Cavite, Laguna, and Rizal as it continues bring help to Filipinos who are unable to make a living and…