Kapamilya action star Arjo Atayde will take on a role of a gay parent in the upcoming heavy drama episode of ABS-CBN’s “Maalaala Mo Kaya.” He will give life to the character of Jess, who became a mother to six kids abandoned by their parents. How can a gay man give to his ‘children’ the love and care he was not able to have from his own mother? Together with Arjo in “MMK” this Saturday (January 4) are Ella Cruz, Ismael Clavero, Felix Roco, Assunta de Rossi, Via Veloso, Eliza Pineda, Kyle Banzon, Mike Lloren, Dindo Arroyo, and Jiriane Montilla. The episode is directed by Raz de la Torre, written by Benson Logronio and Arah Jell Badayos, and researched by Akeem del Rosario. “MMK” is led by business unit head Malou Santos, production manager Roda Dela Cerna, and executive producer Lindsay Anne Dizon. Don’t miss the touching New Year drama offering of “MMK” this Saturday, after “Wansapanataym” on ABS-CBN. 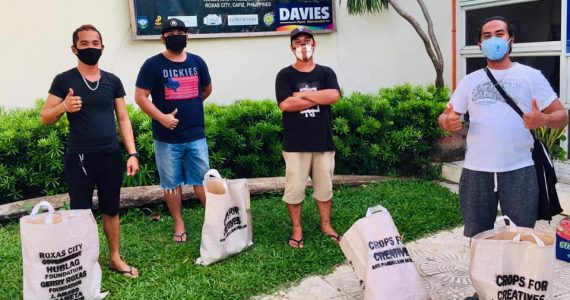