Fuelling up the creative juices of people who are into fashion, sports and the art, Converse Philippines conducted the first ever “Cons Project Manila,” a one-day event that highlights street art and Do-It-Yourself skateboard ramp workshops, at the Pelota Court, BF Resort Village, Las Piñas City last November 22.

Aiming to create a stamp in the modern Filipino street culture, the event was inspired by the new CONS Fall 2014 Sneaker Collection which debuted last August.

An old and underdeveloped space which used to be a hangout place of creative actives was transformed into a CONS space. The improved and decorated spot will serve as an avenue where skateboard enthusiasts, art junkies, and the youth can come together and enjoy.

Converse has teamed up with two of the Philippines’ known street artists to turn a static and unadorned wall into an art piece. The street art workshop was headed by visual artists Rai Cruz and multi-disciplinary artist Nemo Aguila, both of whom have passion for street painting.

For Cruz, street art goes beyond aesthetics. He defines it as something that “reactivates a benign space and transforms it into something that creates interaction.”

Converse Cons Regional Skate Brand Ambassador and world-renowned skateboarder Jeff Gonzales led the participants in the workshop and was able to build ramps.

Like the Cons Project Manila, the new CONS collection is a re-mastered and refined line of sneakers after years of continuous alterations and improvements. It keeps it tabs with the changing times to be at par with the modern street culture and cater to its younger and more modern audience.

This contemporary take on the classic CONS roster promises a whole new twist without losing its identity.

A small party with lively music, skateboarding and live graffiti was held as a culmination of a successful event. 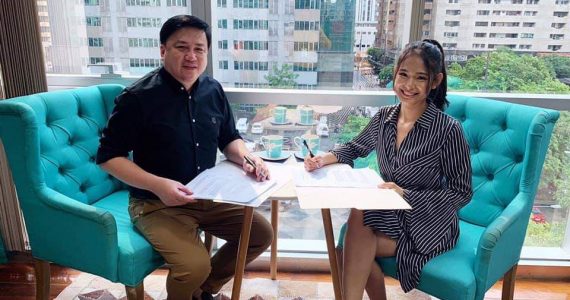