“Through this app, we can really help the public instead of just reporting incidents. We can be there ahead and intercept any untoward incident,” said ABS-CBN chief digital officer Donald Lim.

Under the partnership, DOTC, LTFRB, and LTO will help in informing the public about the PasaHero app and educate stakeholders such as bus franchise owners and taxi operators about how the app can help in promoting passenger safety and security. It also requires PasaHero to help said government agencies in collecting relevant transport data via an additional feature that will soon be launched on the app.

“This is a good first step towards achieving better modes of transportation.  Our priority is always safety, and our mandate is to ensure that passengers can travel safely without fear of criminality and accidents. It’s initiatives from the private sector like the PasaHero app that help us push forward in achieving our goals,” said DOTC spokesperson Atty. Michael Sagal.

LTRFB Chairman Atty. Winston Ginez, meanwhile, stated, “Safety is our primary concern in all kinds of land transportation. In the near future, there will be features in this app which government agencies can use to be more involved and active.”

“We support this app not only because of all the incidents that are happening. In ordinary traffic violations, who would be better to police the streets than the people who are riding public utility vehicles? This app will greatly help us and we wish that this could be taken further as the LTO is also trying to develop its own application for citizens to report simple violations,” said LTO executive director Atty. Emilio Bantog Jr.

PasaHero, developed by ABS-CBN’s Digital Media Division and powered by ABS-CBNnews.com, was launched in November 2013 and has since acquired 25,000 downloads on iOs and Android devices.

PasaHero allows its users to record, plot, and broadcast details of their trip via social media and SMS and notify family and friends of any danger encountered on the road.

When users feel threatened, they can press the app’s “Panic” button to activate the phone’s video camera, record audio and video files on the device, and send details of their exact location to a customized list of emergency contacts. 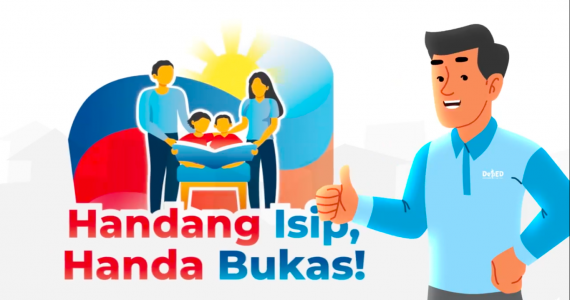 Team Orange 21 Sep 2020 0 comments
With the opening of classes being moved from August 24 to October 5, the Department of Education (DepEd) continues to strengthen its rigorous preparations for SY 2020-2021. DepEd is using…