President Benigno Aquino III led in the presentation of Peopleasia’s Lifetime Achievement Award to National Book Store founder 90-year-old Socorro ‘Nanay Coring’ Ramos at a star-studded awards ceremony at Raffles and Fairmont Makati Tuesday. Vice President Jejomar Binay, the diplomatic corps and the movers and shakers of business, show business and civil society also graced the momentous occasion, where awards were also given to 14 “People of the Year.”

Since 2004, the “People of the Year” has been recognizing outstanding individuals in business, entertainment and advocacies, among others.

“People of the Year 2014” also honored the resident ambassadors of the countries that donated to the Philippines in the aftermath of Typhoon Yolanda. The magazine, together with Foreign Affairs Secretary Albert del Rosario, presented plaques of appreciation to more than 25 ambassadors and their representatives. 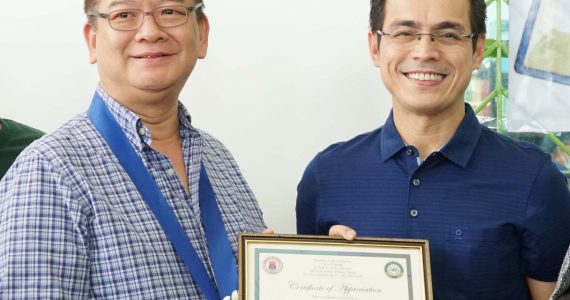 Travel Advisory: AirAsia extends suspension of all flights to and from Wuhan; allows credit account or refund for other mainland China cities

Team Orange 28 Jan 2020 0 comments Press Releases
The suspension of all AirAsia flights from Kota Kinabalu, Bangkok and Phuket to Wuhan, China is now extended until February 15, 2020. AirAsia is making provisions for guests with flight…

The NEW McDonald’s App is here!

Team Orange 27 Jan 2020 0 comments Food & Beverage
It’s out with the old and in with the new, as McDonald’s welcomes the year with a new way to avail of discounts and deals, with the new McDonald’s App,…

Team Orange 27 Jan 2020 0 comments Business
PLDT Enterprise, the B2B arm of the country’s leading ICT and digital services provider, kicks off the year with the launch of its Smart WiFi service in the Port of…