In the series, the new generation’s ‘Movie Queen’ Bea Alonzo will portray the characters of the feisty lawyer, Emmanuelle and the kind-hearted heiress of a huge company named Rose, who will be accused of a crime she did not commit.

“The personalities of my two roles are very different from each other. Emmanuelle has a very strong personality and a successful career, but her biggest struggle is being a good mother to her only son. While, Rose grew up having a comfortable life but lacks confidence in herself because of the way people insult her looks,” Bea Alonzo said.

How will fate entwine the lives of Rose and Emmanuelle who are both seeking for justice? Will finding the truth be enough to ease out the pain that people have caused them? Will true love be able to sweeten and take away all the bitterness in their hearts?

Also starring in the series are Kapamilya child stars Miguel Vergara and Ben Isaac; together with Malou Crisologo, Nikki Valdez, Francis Magundayao, and Michelle Vito. It also features the special performances of Bembol Rocco, Chinggoy Alonzo, Christian Vasquez, and Lara Quigaman. It is directed by Jerome Pobocan and Trina Dayrit. 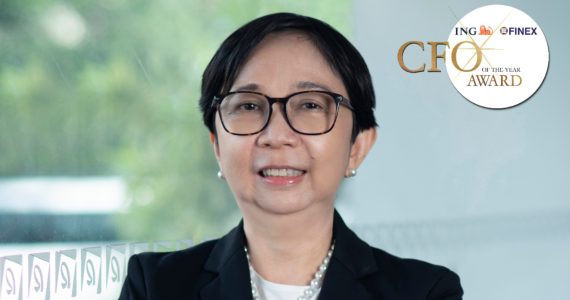 Above and Beyond: ING-FINEX CFO of the Year Mylene Kasiban

Team Orange 29 Nov 2020 0 comments
Anyone who has ever worked in a company with a Chief Financial Officer (CFO) might have the perception that the CFO is cold, distant, and kalaban ng lahat (everyone’s enemy).…

Team Orange 29 Nov 2020 0 comments Business
Filipinos are among the best beer drinkers in the world. Not only do they consume a whole lot of the golden brew, they are also beer connoisseurs and adventure-seekers when…