Individuality is important – especially to those would-be graduates who wish to easily distinguish themselves from the rest of the pack. While most people are fine with the two top handset brands, there are those who know that it pays to explore alternatives and grab something that exceeds expectations.

Computing powerhouse Lenovo offers potent quad-core powered dual-sim phones perfect for the person who maximizes the benefits of multiple networks. The S650 and S930 both offer a 1.3GHz Cortex-A7 processor, expandable storage of up to 32GB, an uncomplicated 8MP camera, and 1GB RAM. The larger S930 also features smooth Dolby Digital Plus sound.

On the other hand, the Lenovo S960 and K900 both come with a more advanced 13MP camera that is more suitable for taking crisp, sharp photos. The S960 also has a 1.5GHz Cortex A7 processor, while the K900 boasts of an Intel Atom Z2580 2GHz core that powers the latest apps and games with no problem whatsoever.

And for Lenovo fans who won’t settle for less, the no-nonsense Lenovo K910 is the product of choice. Powered by a quad-core 2.2GHz Krait 400 CPU with a Qualcomm Snapdragon 800 chipset and 2GB RAM, this beautiful ‘boss’ of a handset is a reliable, uncompromising device.

For those who wish to go beyond iOS and Android, old favorite Nokia provides a worthwhile alternative. The N808 is straightforward device powered by the Nokia Belle OS. It comes with a whopping 41MP camera and Xenon flash for taking those artistic, beautiful pictures. This phone is a fine choice for the expected salvo of graduation photos.

The N820 and N920are handsets that comewith a dual-core, 1.5GHz Krait CPU. The phones also feature an 8MP camera and a Qualcomm MSM8960 chipset. The N920 has an internal storage of 32GB, much larger than the N820’s 8GB internal memory. However, the N820 has a card slot which lets users expand the memory up to 64GB.

The N1020 is another Nokia phone that carries a remarkable 41MP camera. Far more powerful than the N808, the N1020 comes with 32GB internal storage, 2GB RAM and a dual-core 1.5GHz Krait processor. On the other hand, champion product N1520 flies with a 2.2GHz quad-core Krait 400 CPU, 2GB RAM, and a more-than-able 20MP camera. A long-lasting 3400mAh Lithium Ion battery makes sure that the N1520 won’t let users down.

These Nokia handsets feature Carl Zeiss cameras known by millions of photographers all over the world.

The LG P713, P715, and P768 are simple, elegant, and unpretentious. With dual-core 1GHz Cortex processors, these LG handsets do the job – no frills, no complaints. These reliable devices are ideal for new graduates starting out in their careers.

For LG users who need more power in their handhelds, the E988 and the G2 are undeniably ambitious graduation gifts. With 13MP cameras, 2GB RAM, and Snapdragon chipsets running on Android OS, these phones shine with flair. The G2, with its 2.26GHz Krait 400 processor, can be upgraded to Android Kitkat.

In celebration of graduation season, Techbox customers who buy handsets (PhP3000 and up) from any Techbox branch from March 14 to April 30 will receive awesome freebies including Calla Earbud clip organizers, Calix cord burrito wrap, QC88 Bluetooth speakers, and power banks. 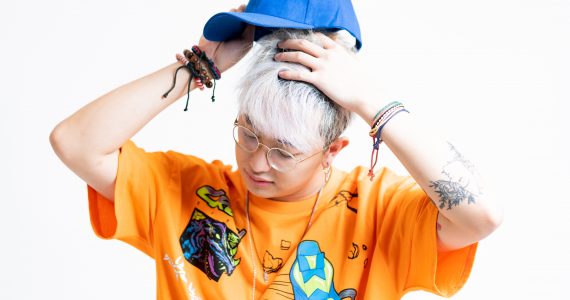 Team Orange 31 Oct 2020 0 comments
The future of hip-hop is in able hands with this new Warner Music Philippines artist to watch. Some artists choose to slow down and take this time to recharge, but…