When British perfume house arrived in the Philippines, it brought with it a history as rich as the fragrances it carries. Established in 1799, it was the Chanel of its time, creating scents for loyalty and fashion-obsessed aristocrats. Its clientele included Napoleon, the Duke of Wellington, the Tsar of Russia, the King of Italy, Sarah Bernhardt, and Beau Brummel, father of modern menswear.

Now, Atkinsons ushers in classic and contemporary concoctions, set to transport one’s senses to England in an era of their choosing.

In 1800, James invented the English Cologne, an uncommonly fresh yet textured and tenacious scent conveying the confidence of the British Empire. King George IV loved it and proclaimed him Official Perfume to the Royal Court of England, Landing Atkinsons its new headquarters at 24 Old Bond Street.

From the original Eau de Cologne thus came 21st century successor, 24 Old Bond Street. The emblematic scent of Atkinsons is a cocktail of juniper, rose and black tea, and smoky, oak-casked whisky accord. Perhaps it is no coincidence that it hearkens to a certain British spy with undeniable charisma and dapper flair.

Triple extra is the precious quintessence of 24 Old Bond Street, triple-distilled for fuller character, and intense dramatic contrast. Its whiskey-inflected, super-fresh floral infusion, spices and wood makes it but three times the potency of its cologne counterpart. A triumph of English elegance: three times is definitely the charm.

Heritage scents that have withstood the test of time. Three fantastic Eaux de Toilette created in Atkinsons’ roaring inter-war years have been reinvented and updated in the perfume house’s traditional yet trendsetting style.

Love In Idleness (1922) is a neo-Victorian love potion of raspberry, violet, orris, heliotrpe, tree moss and patchouli-a tryst between a feminine orris-violet accord and a seductive woody chypre dry down. The scent of love at first sight.

The Excelsior Bouquet (1919) is for modern adventures. The scent captures the exhilaration and heroism of history’s best-loved explorers with a high-spirited masculine blend of flint, sage and spices. Not even the sky’s the limit.

Amber Empire (1927) is a sensual voyage into the languorous, enigmatic reaches of the Orient. Carved from a precious amber accord captured in drifts of earthy and rich prolong tea, the scent is equal parts exotic and cosmopolitan.

Other fragrances in the collection, The Old Fellow’s Bouquet, Fashion Decree, Then British Bouquet, and The Nuptial Bouquet, convey the nobility of a varnished era of dandy gentleman’s clubs and Victorian finery.

Crown Prince Mohammed Ali Ibrahim of Egypt, a boxer and racecar driver adventurer, went to Atkinsons of London in the rouring twenties to ask them to compose perfumes for himself and his paramour Mabel Normand, a Hollywood starlet. The emir was carrying a precious ingredients oud, The “Liquid Gold” of the Orient.

The luxurious resin is key to the Oud Collection,a revival of the fragrances inspired by the prince, with accords of Central London, Earl Grey tea, wood and leather for him, jasmine and citrus for her. /the ensuing bouquets are a rich entente between England and the Orient: Oud Save the King and Oud Save the Queen.

Atkinsons’ definitive perfumery line requires no further elaborations. The feminine Rose in Wonderland, Jasmine in Tangerine, and Lavender on the Rocks and the sportmanly Posh on the Green are contemporary visions of iconic perfume ingredients, transforming the familiar into the distinctively intriguing.

Drawing on two centuries of English eccentricity and impeccable style, Atkinsons’ new scents are set to captivate the senses with nostalgic originality.

Atkinsons’ is available in luxury fragrance boutique Art of Scent, with flagship store at Shangri-La Plaza and shops at City of Dreams and Resorts World Manila. 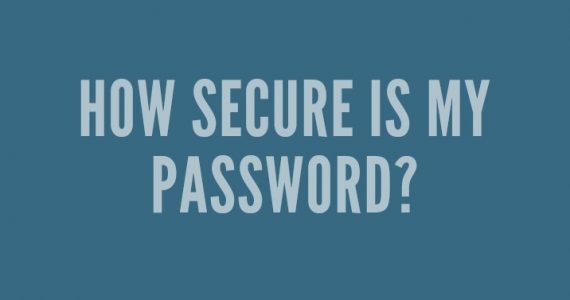