“Banana Sundae” can’t stop producing one funny act after another and letting viewers see other Kapamilya artists’ funny sides as they roll along this Sunday (December 6).

This week’s serving includes a special guesting of Denise Laurel for the episode as well as comedians Chocoleit and K Brosas for the gang’s Kantaranta segment; a presidentiable impersonation; a parody of the wildly popular “On The Wings Of Love” called Chicken Wings of Love where Jessy Mendiola plays Leah and 29th Star Awards’ Best Comedy Actor Jayson Gainza tries his best hand at being Clark.

The “Banana Sundae” cast has been making people laugh during their late night forays, most notably with mainstays Angelica Panganiban’s and Jason Gainza’s segments Krissy TV and Ihaw na. With a new airdate, and with quirky segments, Sunday viewers would definitely have a good laugh while still having their regular serving of well-loved portions like Kantaranta, Baby Luv, and Make Me Rap.

Helming the show is director Bobot Mortiz with Linggit Tan-Marasigan serving as the executive in charge of production with Rocky Ubana as executive producer, Willy Cuevas as creative manager and Roderick Victoria as head writer.

“Banana Sundae” airs on Sundays right after “ASAP20.” Other weekend comedy shows of the Kapamilya network include “Goin’ Bulilits,” and “Home Sweetie Home.” 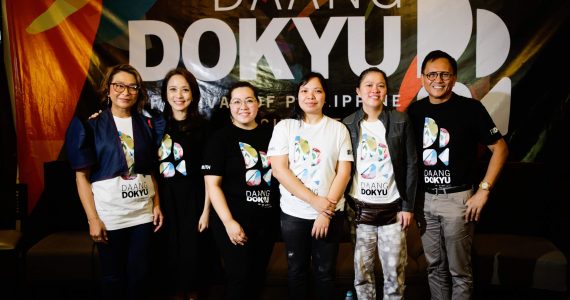