What happens when you put Filipino talents on a K-pop search?

“KISPINOY,” or “K-Pop Icon Search Pinoy Edition,” hosted by acclaimed actor Richard Gutierrez, is a one-hour, weekly show on TV5 that gives a platform for young, talented Filipinos to become the next big K-Pop sensation. What’s more, for K-pop fans, the show not just features homegrown talents but a slew of K-Pop stars local fans can’t get enough of.

As a K-pop talent search, majority of the judges on the show will be major K-Pop stars. While fans are already making heated speculations on social media on which K-Pop stars will grace the show, what would certainly get many really excited is the enlistment of Kevin Woo of U-KISS as judge for the pilot episode slated to air tonight, July 11, at 9:00 p.m. on TV5.

U-KISS is, of course, the popular seven-member K-Pop group with massive hits under their belt and 10 best-selling albums to their name. The group’s members have also been seen in movies and theater.

Produced by Korean producers YU&IQ International, KISPINOY is in partnership with NH Media. What makes the show unique is the fact that it is a talent search that integrates all aspects of performing on stage: singing, dancing, stage presence, personal style, and fashion.

The “KISPINOY” winner will be thrust into a whirlwind of exciting activities, beginning with a recording contract with NH Media – which molded acts like U-KISS, Laboum and Lim Chang Jung into bona fide K-Pop stars. On the way to being groomed as the newest K-Pop sensation, the KISPinoy winner will get to experience the journey every K-pop star makes when he or she also undergoes training in Korea.


Although the show is rooted in Korean concept and production values, there is a distinct Pinoy flavor to it as well.

“KISPINOY” marks the triumphant return of Richard Gutierrez to primetime TV after taking a much-needed break and putting his focus on his personal life. Richard is, of course, one of the more familiar faces in local showbiz, and is also seen along with his family on their very own reality TV show.

The show also pits the talents and insights of the K-Pop judges against our own local talents. Singer, songwriter, record producer and actor Rico Blanco sits as one of the judges on the show, bringing with him a wealth of insight from his days as founding member of Filipino pop-rock band Rivermaya to his skyrocketing solo career. He is no stranger to performing, whether on TV or stage.

Another judge is Gelli de Belen, an award-winning actress and TV host who also happens to be a passionate Filipino K-Pop fan.

The show may put the spotlight on talented Filipinos, but it is also being spearheaded by one of the most in-demand and successful TV show directors, Rich Ilustre. Under his direction, the TV5 talent show “Talentadong Pinoy” flourished and set the precedent for other locally produced talent competitions to follow. With “KISPINOY,” he further demonstrates his unwavering belief in the Filipino talent and tirelessly works to give those that deserve it a chance to shine.

Feel the excitement as “KISPINOY” fires up the Filipino dream and watch it burn bright on the K-Pop stage. “KISPINOY” premieres July 11 (Saturday) at 9:00 p.m. on TV5. 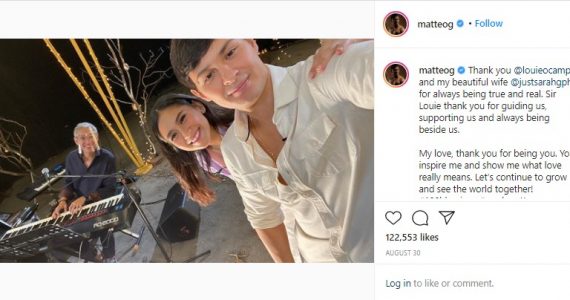 Team Orange 20 Sep 2020 0 comments
Despite the impacts of the pandemic, there is still so much to be thankful for. This is the message from top celebrities Matteo Guidicelli and Erwan Heussaff as they join…

Team Orange 20 Sep 2020 0 comments Hotels
In its efforts to boost domestic tourism in the Philippines, AirAsia has partnered with local hotels to launch SNAP – the new way to travel. SNAP is a new flight…