Stories of hardships, struggles, and successes of Filipinos in everyday life will touch the hearts of viewers in this year’s much-anticipated ABS-CBN Christmas Station ID, which will premiere on Monday (November 7) on “TV Patrol” on ABS-CBN.

With the theme “Isang Pamilya Tayo Ngayong Pasko,” the star-studded music video featuring Kapamilya artists, loveteams, and journalists will show how Filipinos can rise above any challenging situation and be stronger with our love for our family and our faith in God.

Leading the way is ABS-CBN chief content officer, executive adviser to the chairman, and ABS-CBN University president Charo Santos-Concio, who will be seen giving an inspirational talk to scholars of Punlaan School in San Juan, where Vice Ganda will also be shown hanging out with and giving words of wisdom to students. 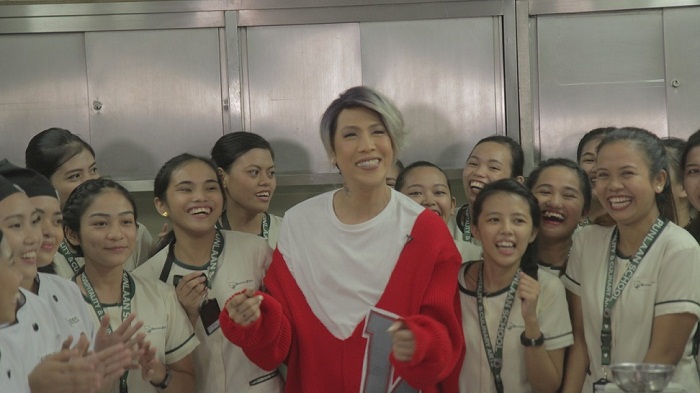 John Lloyd Cruz, Piolo Pascual, and Angel Locsin will also have one-on-one bonding moments with individuals whose experiences in life are proof that nothing is impossible when we remain as one family in love and in faith. They are Ariel Barrion, a third grade student who walks for seven kilometers to school, and Engr. Rudy Gaspillo, who also had the same experience; swimming instructor Arnel Alba, who overcame his disability to win gold at the 7th ASEAN Para Games; and 2016 Olympic Silver Medalist Hidilyn Diaz.

The pillars of ABS-CBN Integrated News & Current Affairs will also shine the spotlight on people that can be sources of inspiration and encouragement to other Filipinos who dream of changing their lives for the better. Ted Failon will meet a young survivor of Typhoon Yolanda who graduated valedictorian recently, Bernadette Sembrano will listen to the story of the ‘Junkyard Queen,’ while Noli De Castro will see the Christmas lanterns made by a family of budding entrepreneurs.

Julius Babao, Dyan Castillejo, and Karen Davila, on the other hand, will meet volunteers of the Response and Action Force Team of Barangay Zapote in Las Pinas, who were former delinquents but are now certified lifesavers. 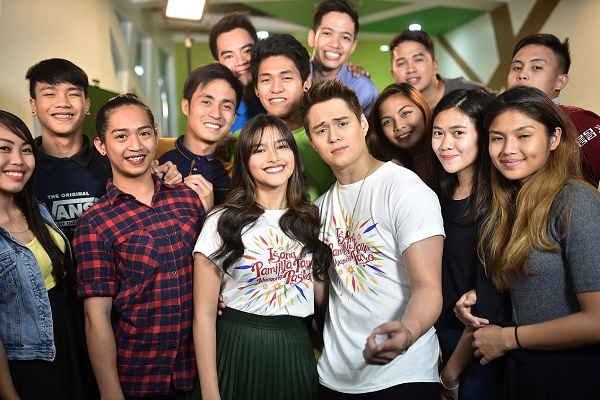 Kapamilya loveteams will also be seen bringing cheers to children. Kathryn Bernardo and Daniel Padilla had a Christmas party with children from Noordhoff Craniofacial Foundation and Philippine Children’s Medical Center through the help of Bantay Bata 163, while James Reid and Nadine Lustre surprised orphan kids from the SOS Children’s Village Alabang. Other popular pairs like Enrique Gil and Liza Soberano, Daniel Matsunaga and Erich Gonzales, and Gerald Anderson and Kim Chiu also joined Kapamilya in singing the new Christmas theme.

The family of “It’s Showtime,” led by Anne Curtis, Vhong Navarro, Karylle, Jhong Hilario, Ryan Bang, Joey Marquez, and Amy Perez, meanwhile, will set up a Christmas Belen at the San Pablo Apostol Church in Tondo, Manila, a center of values formation for the community there. 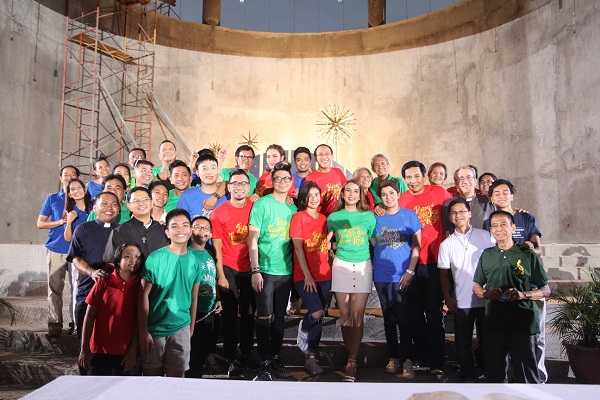 ABS-CBN initially debuted the recording video for the station ID last weekend, featuring “The Voice Kids Philippines” coaches Lea Salonga, Sarah Geronimo, Bamboo, and Sharon Cuneta and finalists from “The Voice Kids” in the past seasons Joshua Oliveros, Lyca Gairanod, Elha Nympha, and Antonnethe Tismo. It immediately became a trending topic on social media and already has over 1.3 million views on Youtube.