Endless escapades, boundless discoveries and a whole lot of fun this is what traveling around the Philippines is all about. Cebu Pacific showcased all these and more in the Juan for Fun Backpacker Challenge, which recently concluded its fifth and biggest year.

For seven straight days, five teams from different universities nationwide traveled to exotic locales and conquered as many awesome adventures that the country has to offer within their given travel allowance worth P35,000. By the end of the challenge, #JFFJUANTeamPH was hailed as this year’s Ultimate Backpackers and received the most epic prize a Travel-All-You-Can pass. This entitles each member to as many free flights to domestic and international short-haul destinations as they want within one year. They also got to take home gift certificates from Cebu Pacific’s partner brands: Tripologie travel store, Merrel shoes, and Boreas travel bags. 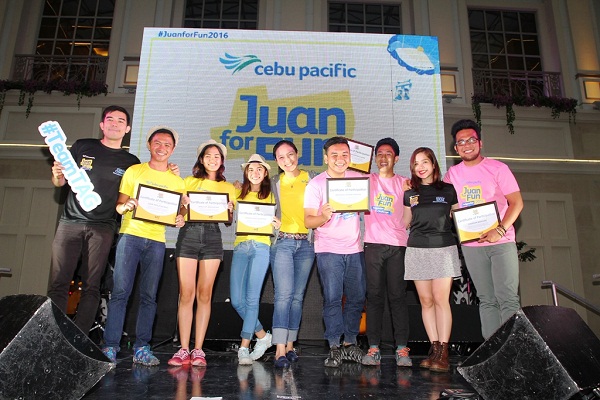 Hailing from Bacolod, #JFFJUANTeamPH kicked things off in Iloilo, before making their way to Cagayan de Oro, Cebu, Surigao, and Butuan. For their final stop, they paid a visit to the majestic Mt. Mayon in Legazpi, Albay. Teammates Glenn Layola, Audrey Ramos, and John Ray Blance, students of La Salle Bacolod, were guided by their adventure coach, TV host and VJ Robi Domingo.

Placing second was #JFFTeamPura, composed of Marie Tuason, Karlo Carranza, and Samantha Rice. To say that they had fun would be an understatement, especially with their itinerary covering Bohol, Cebu, Dumaguete, Siargao, Iloilo, and Davao. Matching their boundless energy was their adventure coach, Bogart the Explorer.

In third place was #JFFTeamWork. True to their team name, Serge Calumpong, April Nacion, and Jaysson Presores leveraged on their years of friendship to conquer Laoag, Cebu, Bacolod, and Davao. Their adventure coach, travel writer Jude Bacalso, also made sure that the team succeeded and made unforgettable memories in each stop. 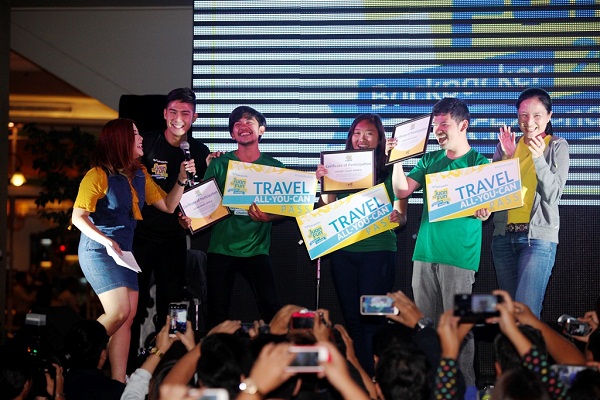 Tied at fourth place was #JFFTeamPablo and #JFFTeamTAG. The former is comprised of Brendan Tangan, Linus Pagulayan, and ChersonBariuan of St. Paul University Philippines. They were welcomed by the pristine waters of Coron and Camiguin, and were wowed by the natural beauty of Iloilo and Cebu. With their adventure coach Saab Magalona giving them expert tips, the team was able to enjoy their adventure to the hilt.

#JFFTeamTAG’s Tricia Quintero, April Baldovino, and Gian Nicdao of University of the Philippines-Manila hit four of the country’s top tourist spots: Boracay, Cebu, Iloilo, and Puerto Princesa, Palawan. Helping them make the most out of their time in these destinations was their adventure coach, musician Champ LuiPio.

The Cebu Pacific Juan for Fun Backpacker Challenge 2016 has Boreas Gear as the official travel gear, Merrell as the official footwear, and GoPro as the official camera. The challenge is also supported by Wenger and Dan’s, and endorsed by the Department of Tourism and Commission on Higher Education.

Get going and explore more of the Philippines with Cebu Pacific. Revisit the adventures of the Juan for Fun Backpacker Challenge 2016 teams by visiting www.juanforfun.com. 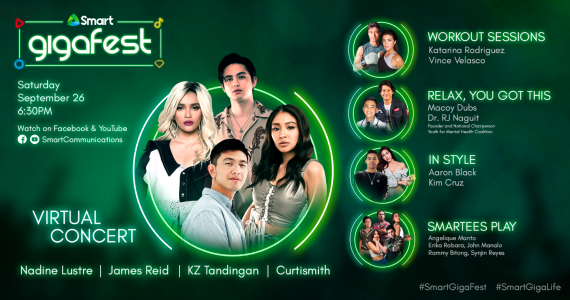 Team Orange 22 Sep 2020 0 comments
Mobile services provider Smart Communications, Inc. (SMART) is about to transform every subscriber’s digital routine into a simple, easy, and smart experience with the launch of the new GigaLife App.…

Team Orange 22 Sep 2020 0 comments Press Releases
With the increase of time being spent online and the diverse activities being posted on different social media platforms, Kaspersky today shares a reminder for parents about the risks of…