Go on a culinary tour of Cavite and educate your palate with the specialties of the province with the latest promotion from Island Cove Hotel and Leisure Park.

Island Cove’s “Taste Cavite” menu is a showcase of indigenous ingredients, history, and tradition. It is a one-stop Cavite food tour which will be available at the Fishing Village every Friday, Saturday, and Sunday starting this November 18 and will be served daily beginning December 22. 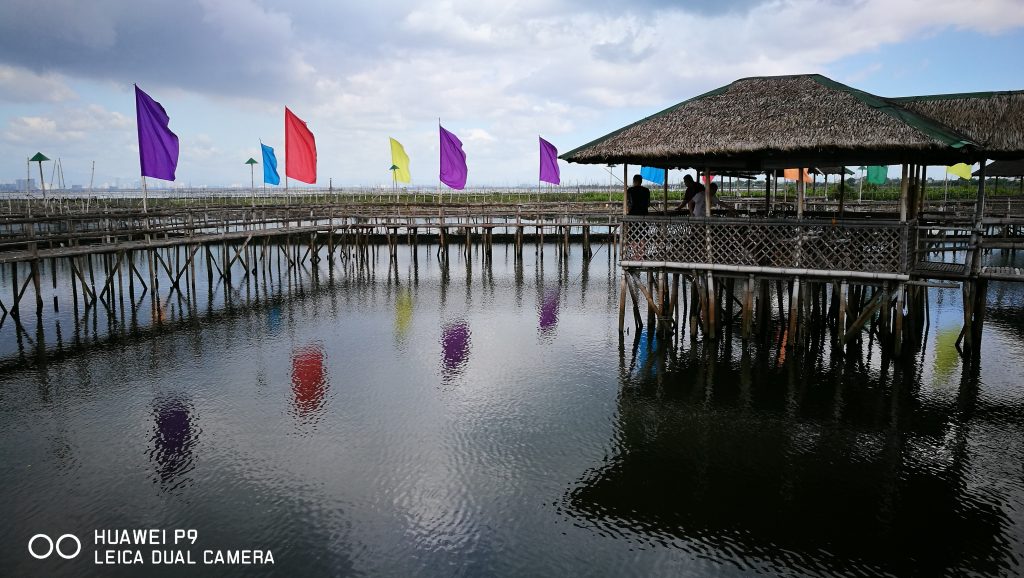 Executive Chef Vill Purificacion and his team gathered the finest fare from the various towns and put them all together in one menu.

“Being located at the mouth of Cavite, Island Cove should be the gateway of all things Cavite,” points out Managing Director Gilbert Remulla who hails from Imus. “We’d like everyone to know how rich Cavite cuisine is. We are serving the food of our childhood. A lot of the restaurants that offered these specialty dishes are no longer around but we want to bring the food back. We’ve also sourced dishes which are proprietary from other restaurants,” he continued. 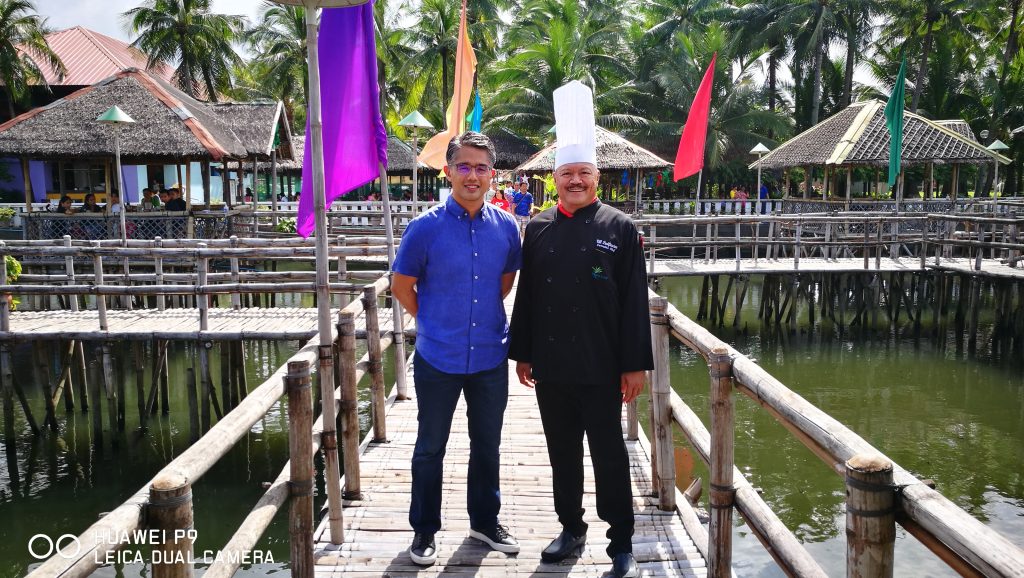 The Mutya ng Cavite is Gilbert Remulla’s personal favorite. “It brings back memories,” he enthused. The rich creamy soup is originally from the old 7 Sisters Restaurant, owned by the Sabater family in Marulas, Kawit. Consisting of mussels, crab, clams, and shrimps, it shows off the fresh seafood catch available in Cavite. 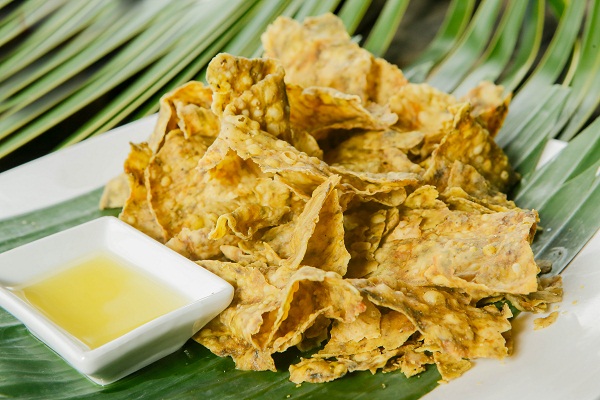 Bacoor’s shellfish starsin the Talaba at Ensaladang Lato (fresh Bacoor oysters served with seaweed salad and vegetables in season) and the Tahong Chips (deep-fried, crisp mussels chips made of flour, spices, and salt). 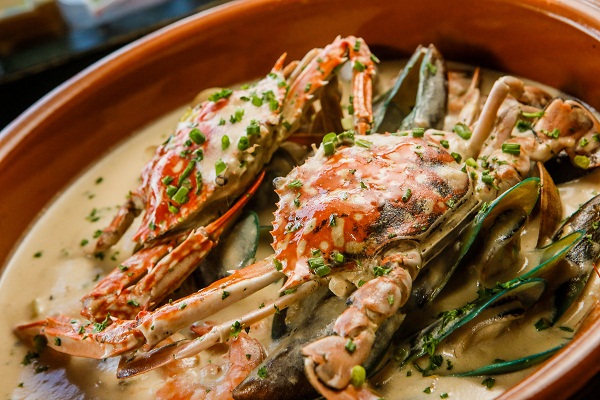 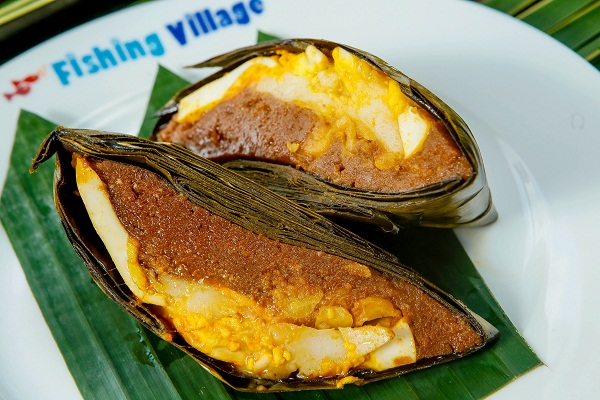 Cavite City’s Fried Lawlaw may have a funny-sounding namebut the tiny fried fish fillet is no joke to make.“It is so hard to fillet that fish, only one small restaurant in Cavite City has been doing it since the 1800s,” revealed chef Vill. Other Cavite City delicacies include the Tamales (galapong or glutinous rice flour mixed with corn meal, chicken,pork, and salted egg then wrapped in multiple layers of banana leaves and steamed) and the Spanish-influenced dish called Bacalao but really uses dry-salted labahita or surgeon fish cooked with vegetables, Spanish chorizo,garbanzo, and annatto oil. They also have the Calandracas, a popular soup that uses ham hock stock as base and has carrots, potatoes, cabbage, chickpeas, chicken, gizzard, chorizo, and sotanghon then seasoned with patis Tanza. 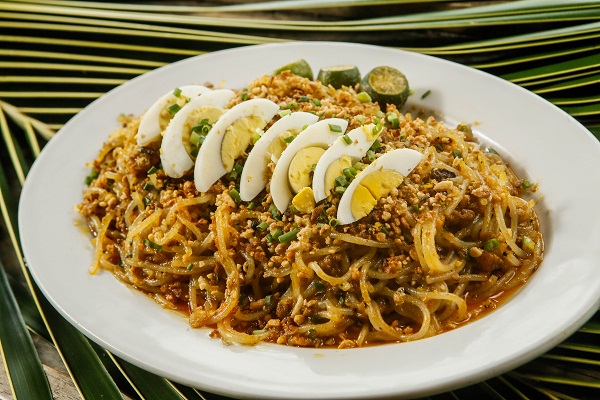 The Valenciana is a typical dish from General Trias, it is similar to the Spanish paella with chorizo de Bilbao, chickenand pork but with coconut milk. “It’s something that I’ve always been familiar with, we had it at all our fiestas and family gatherings,” recalled Gilbert. Another General Trias specialty is Pancit Malabon. This dish of glass noodles,shrimps, smoked fish and eggs mixed with shrimp sauce and topped with chicharon began back in the day when General Trias was still called San Francisco De Malabon. 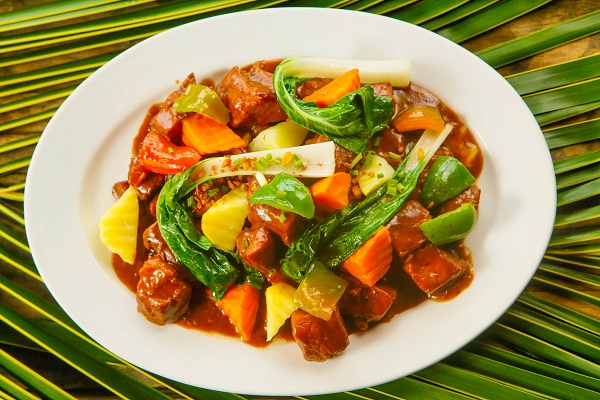 The Adobong Imus does not have a trace of soy sauce. Instead, it is slow-cooked in vinegar, annatto oil,bay leaves, and salt and pepper. “This manner of cooking Adobo has been a tradition, since the time of my lola,” said chef Vill who proudly declared that he is a full-blooded Caviteño. His hometown, Imus is also the source of the Kakanin (Kutsinta , Sapin-sapin, and Puto) that Island Cove serves. They also offer Kalamay Bunalejos from Indang. 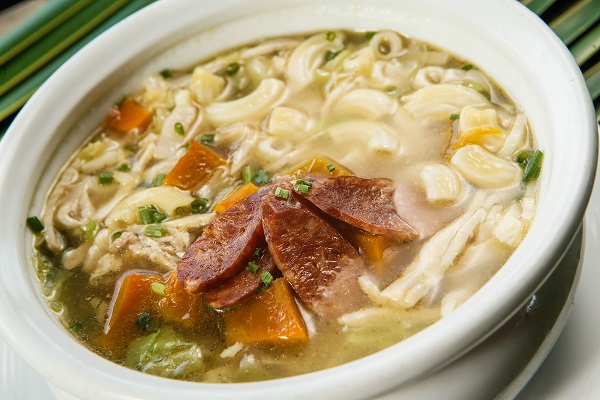 Pancit Kawit is better known as Pancit Pusit. The dark shade of the noodles is from squid ink. It istopped with squid rings,grated green mangoes, and scallions. Another noodle dish from the same area is the Pancit na may Puso ng Saging, a Caviteñean pancit using a combination of bihon and miki bihon cooked in achuete with small slices of pork and thinly sliced green beans, carrots and cabbage. Instead of calamansi as souring agent, Pancit Puso is served with thinly sliced puso ng saging (banana blossom) cooked in generous amounts of vinegar. The pickled puso is mixed into the pancit to achieve alternating bites of salty pancit and chewy, sour-sweet puso. Also from Kawit is the Afritadang Gulay na may Baboy, stir-fried vegetables with sweet potatoes, pechay, bell peppers and sautéed pork. 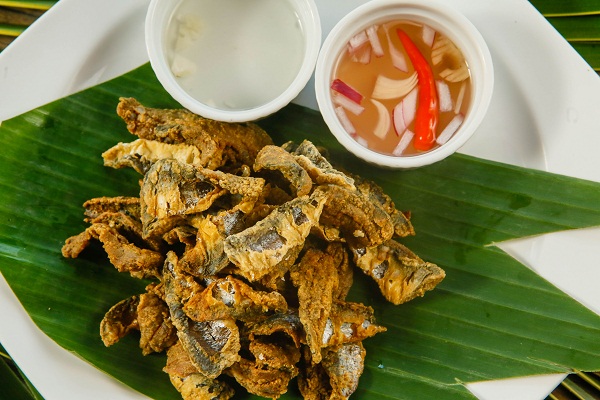 Those looking for condiments to enhance the flavor of dishes can try the Patis Labo and Heko, a dipping sauce made from shrimps, only available in Tanza.

With this delectable line up, you can travel far and journey though the province of Cavite with your taste buds. The relaxing ambiance at the Fishing Village enhances the feeling of being far away from the urban chaos. The cluster of bamboo huts standing on water facing Manila Bay is an ideal dining destination for balikbayan relatives visiting for the Christmas holidays. And all it takes is a quick drive through the Manila–Cavite Expressway (MCX). 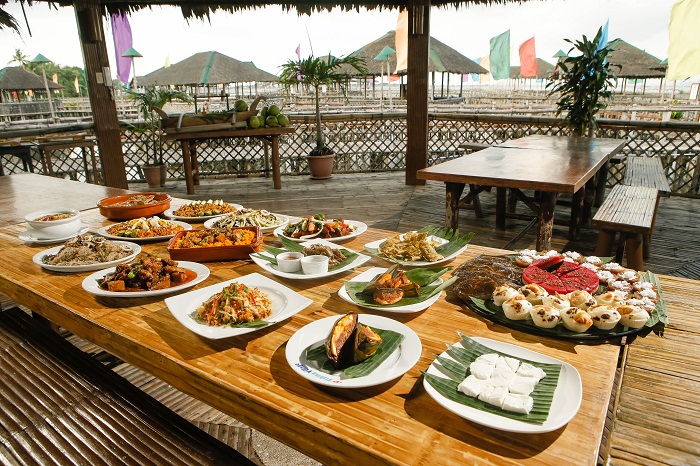 The “Taste Cavite” menu will be available at the Fishing Village in Island Cove Hotel and Leisure Park every Friday, Saturday, and Sunday starting this November 18 and will be served daily beginning December 22.

Island Cove Hotel and Leisure Park is located in Binakayan, Kawit, Cavite only 20 minutes away from Mall of Asia. For more information, log on to www.islandcovephil.com, call (046) 434 0210 or email inquiry@islandcovephil.com. 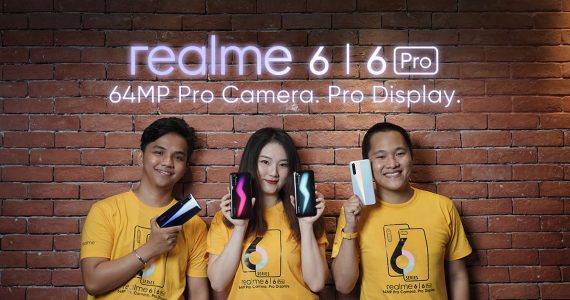