The Final 3 dance artists of the top-rating “Dance Kids” are ready to set the stage on fire as they face off in the Final Showdown at the Newport Performing Arts Theater this weekend (February 6 at 7) on ABS-CBN.

Hiphop duo Lucky Aces, dance sports duo Step Kids, and the only solo act in the finals, Dhao Mac will dance their heart out to convince viewers to vote for them and become the first-ever “Dance Kids” grand champion.

The winner will take home P2 million, house and lot, a trip with the family to Hong Kong, a shopping spree worth P300,000, and a Star Magic contract.

In the first part of the Final Showdown tomorrow (February 6), the dance artists will team up with the Dance Masters and Kapamilya celebrities for their performances.

The dance artist who will get the highest percentage of the combined votes from both Saturday and Sunday will be named the “Dance Kids” grand champion.

Get ready for a show-stopping performance from Lucky Aces, who will turn up with Teacher Georcelle Dapat-Sy and dance heartthrob Enrique Gil.

Not to be outdone is Dhao Mac, the Dubstep Dynamite of Digos, who will work the stage with Vhong Navarro and Rayver Cruz. 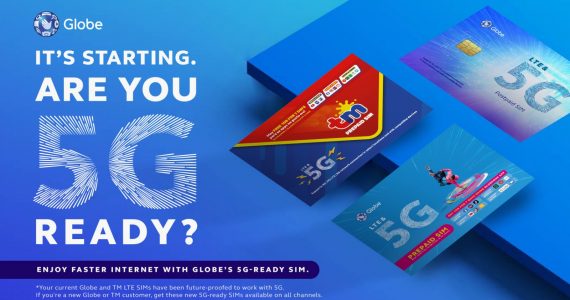 Team Orange 09 Aug 2020 0 comments
As more Filipinos embrace fully the fast-paced digital life, Globe continues to introduce breakthrough innovations to impact the lives of its customers In 2019, Globe was the first to launch…