OPM is alive and well in America!

King of RnB Jay-R is back in the Philippines after a successful U.S. concert tour headlined by himself and Kris Lawrence featuring promising upstarts from Homeworkz record label.

Playing to packed crowds comprised of fellow Pinoys, Jay-R, accompanied by a live band headed by music director and his uncle Bob Sillona, had everyone singing along and dancing to their unique brand of OPM. 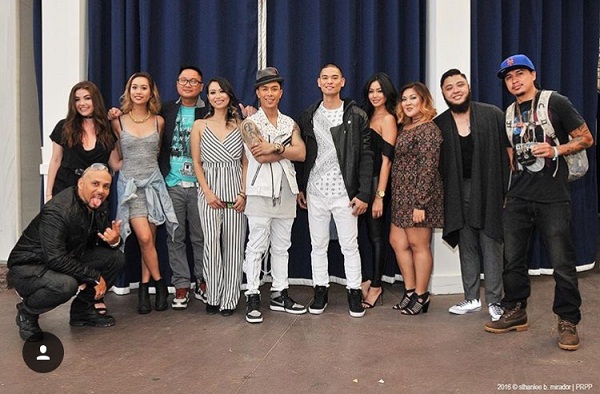 Jay-R recalls, “My favorite part of the show was when I was sharing the stage with all the artists while we sang my song with Q-York, “Qrush on You.” The crowd was so hyped up and gamely danced along with us, even on my solo tunes like “Parachute,” and “Follow Me.” And when I did my signature ballad, “Bakit Pa Ba?” it felt so good to hear everyone singing along with me.”

They also got their chance to bond with their U.S-based fans during their post-concert album signings and meet-and-greet shindigs.

Beyond the sold-out performances, Jay-R feels more fulfilled about scoring a major triumph for OPM.

Apparently, the U.S. tour is a big leap in Homeworkz’s dream of elevating the Filipino music industry through its creation and marketing of all-original music—a movement he hopes will gain more local support in the years to come.

He says, “I think we scored a major breakthrough, because we were doing something truly original, something fresh and unique, and they love how we are elevating our own by doing something really revolutionary and daring.”

This early, a follow-up concert in Los Angeles is already is already in the works. Of course, local fans won’t be disappointed when they mount their Manila leg soon as well.

The former “Your Face Sounds Familiar” finalist is still busy with his mentoring chores in “We Love OPM,” as well as his regular appearances in ASAP. When wearing his record producer’s hat, Jay-R is very much hands-on with churning out new material for his ever-expanding roster of artists.

This July, Homeworkz is all set to launch the latest albums of Q-York and new artist Francis Lim.