Award-winning actress Jennifer Garner, who recently starred in the endearing faith-based movie “Miracles from Heaven” stars anew in “Nine Lives,” an inspiring magical family movie about a work-obsessed real-estate mogul who suffers a magical accident that leaves him trapped inside the body of a cat and realizes he has to put his family first if he ever hopes to regain his human form

“Nine Lives” also stars award-winning Kevin Spacey as Tom Brand who is undeniably successful, impossibly wealthy but is an unapologetic jerk. Striving to build the tallest skyscraper in the Northern Hemisphere, the daredevil billionaire will sacrifice anything even the love of his family to complete an architectural marvel nearly as gargantuan as his ego. Tom’s workaholic lifestyle has alienated his long-suffering family, including his devoted wife Lara (Garner), neglected adult son David (Robbie Amell) and starved-for-attention young daughter Rebecca (Malina Weissman). 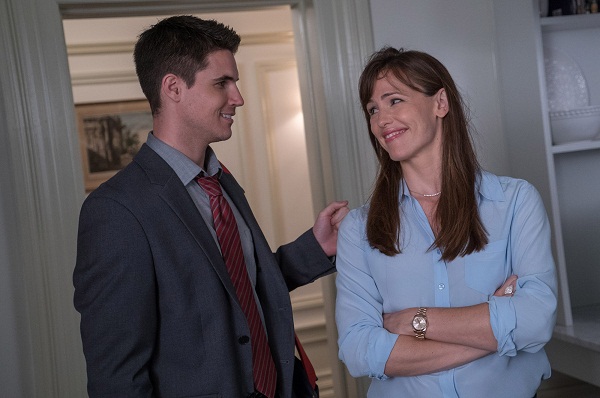 When Rebecca’s 11th birthday arrives, the girl begs her father for the same present she asks for every year: a cat. Tom hates cats, but reluctantly finds himself in a magical pet shop owned by the quirky Felix Perkins (Christopher Walken). The peculiar proprietor knows exactly what Brand needs and its name is Mr. Fuzzypants. After suffering a fateful accident on the way to Rebecca’s birthday party, a horrified Tom discovers that while his human form is lying comatose in a hospital bed, he is watching events unfold from inside the body of the cat. Trapped inside Mr. Fuzzypants and trying desperately to make his loved ones aware of his situation, he soon realizes that if he is ever to earn back his human existence, he must reconnect with his family and become the husband and father they deserve.

At the heart of his family is his beautiful, understanding wife Lara. Director Sonnenfeld says that as soon as he read the script he formed a mental image of the actress who would portray the character. “Jennifer Garner was always my first choice to play Kevin’s wife,” he explains. “She’s beautiful, strong and funny qualities that don’t always go together.”

The actress is happy to be at the center of the film’s three-ring circus. “I am the poor mom at home with a husband in a coma, a confused daughter and a cat who’s acting crazy, getting drunk and being totally wild and inappropriate,” she laughs. “And I’m trying to figure it all out.”

“Lara is pretty even keeled,” she adds. “She’s warm, sensible, loving but she’s fed up with her husband. I think Lara and Tom have a real marriage and that she genuinely loves him. She’s starting to try to set boundaries, saying, ‘This is not enough for me, and it’s certainly not enough for our daughter, so you better show up.’ And he just fails again and again.”

Jennifer Garner is confident that moviegoers of all ages will enjoy the film. “I don’t think audiences can help having a great time hearing Kevin Spacey’s droll, grumpy cat voice come out of Mr. Fuzzypants,” she says. “With Kevin as the cat, we were all in stitches. Between Christopher Walken, the beautiful Malina, and the wonderful Robbie Amell and Mark Consuelos, this movie is in good shape. It’s incredibly watchable, and funny and warm.”