KABISERA, the biggest and most powerful family drama of 2016 is coming to theatres nationwide this December 25th for the Metro Manila Film Festival with a top-caliber cast headlined by the Grand Dame of Asian Cinema, Nora Aunor. The much-anticipated MMFF comeback of the one and only superstar is joined by award-winning actors Ricky Davao, JC De Vera, Jason Abalos, Victor Neri and Perla Bautista. Also joining the cast are newcomers RJ Agustin, Ronwaldo Martin (brother of Coco Martin), and Alex San Agustin. 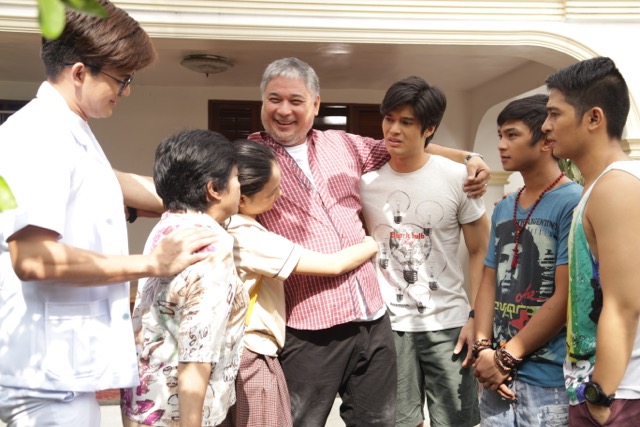 Kabisera is a film about a tightly knit family whose lives fall apart after a tragic incident. Mercy, Nora Aunor’s character takes the central seat (Kabisera) to hold her family together. The film will be Nora Aunor’s return to the annual Metro Manila Film Festival where she won the most number of awards in the past 42 years.

The MMFF Screening Committee citation emphasized the film’s quality in choosing KABISERA as part of the magic 8:

“A sure, steady directorial hand, conscientious script and effective cinematography are matched by the lead actors’ faultless performances. This taut and tragic drama will disturb viewers with its stark chronology of what confronts us daily in an often oppressive urban milieu, with the final imagery delivering a subtle footnote to our awareness of the proper place of vaunted justice in our society.”