“Magpahanggang Wakas” Shows A Love That Withstands The Test Of Time

Jericho Rosales finally returns to primetime and topbills a story that will show that true love can withstand the test of time in “Magpahanggang Wakas” premiering this Monday (September 19) on ABS-CBN.

Watch the country’s international superstar as he plays Waldo, a young man who shares a deep love with Aryann (Arci Munoz). Although both were young, their love for each other was undeniably genuine and true.

One night, however, changed their story as Waldo accidentally killed a man who attempted to rape Aryann. Waldo was convicted of the crime and was sent to prison. Feeling responsible for Waldo’s misfortune, Aryann took on different jobs to raise money to get him out of jail and met Tristan (John Estrada) who gave her the hand she was desperately looking for.

Not soon after being freed however, Waldo faced the vengeful brother of the man he killed and was fatally shot. Waldo falls of a cliff and drifts into the sea which made everyone, except Aryann, believe that he was dead.

Having slowly accepted Waldo’s death, Aryann moved on and found her way to Tristan, the man who didn’t take advantage of her vulnerability during her darkest times. The two fall in love with each other and were set to be wed. 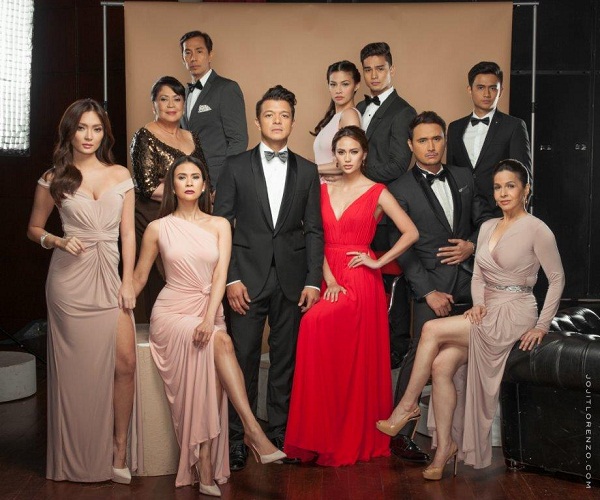 During the announcement of their wedding however, Aryann realizes the undeniable truth that Waldo is alive. Waldo and Aryann cross paths but Aryann is no longer sure if she still shares the love they once had.

Will Waldo and Aryann rediscover the love they once shared? Will Tristan be the one who stands in between the two of them? Will they accept that time does change everything?

This series marks the comeback of Jericho on primetime, following his successful series “Bridges of Love,” which made waves in different territories including Latin America. Arci also returns to primetime after her successful portrayal as Norma in “Pasion De Amor.”

Don’t miss the premiere of “Magpahanggang Wakas” this Monday (September 19) after “Till I Met You” on ABS-CBN or on ABS-CBN HD (SkyCable ch 167). Catch up via iWanTV or via skyondemand.com.ph for Sky subscribers.