The Music Run™ by Philam Vitality is ending 2016 with all the greatest hits, and everyone’s invited! The hugely-successful 5KM fun run returns in the wake of last year’s phenomenal Philippine debut, and is set to rock McKinley West on December 3. Super Early Bird registrations for The Music Run™ by Philam Vitality opened to strong response on September 9 via Ticket World.

Hailed as one of Asia’s most popular running events, The Music Run™ by Philam Vitality is the ultimate 5K running and music festival. The event features an immersive musical experience that takes runners through 5 different genre-themed zones rock, pop, old school, hip hop, and dance. 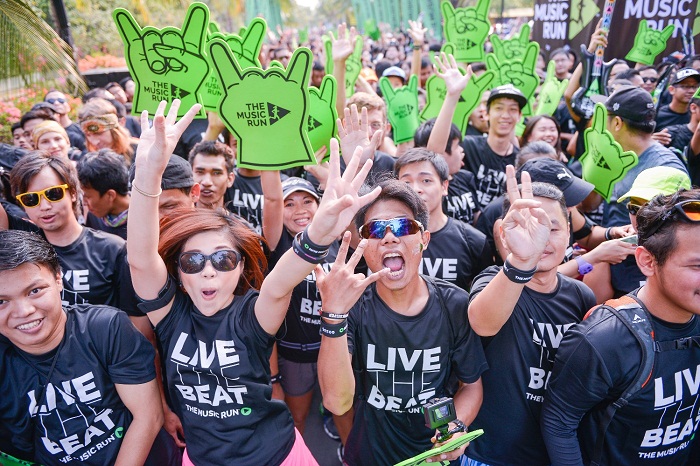 During the actual run, Music Runners™ are welcomed to the world’s loudest running Sound Track – a fully amplified course against the raucous glory of a crowd sourced playlist on a unique Spotify voting mechanism, before the event, making participants feel one with the music.

The Music Run™ is also known globally for its impressive after-run music festivals, which feature performances from some of the country’s most talented musicians.

The Philippine edition of the event will see performances by local artists and rising Australian radio house DJ Sam Withers, who was a crowd favourite in the 2015 edition.