The National MILO Marathon marks another milestone in its rich history as it celebrates its 40th year with a bang. The country’s premiere running event is set to commence its first of 14 regional races in Dagupan on July 17th.

The city of Iloilo has been selected to be the official venue of this year’s National Finals to be held on December 4th. This is the first time for Visayas to host the much anticipated culminating event. “The city of Iloilo is honored and excited to be a part of the National MILO Marathon’s historic culminating event,” said Iloilo City Mayor Jed Mabilog. “We are extending our full support and hospitality as we welcome the National MILO Marathon runners to Iloilo.” With its new venue, the National MILO Marathon will be able to provide better proximity to aspiring runners from the South, and enrich the experience of everyone with scenic routes, spacious thoroughfares and thrilling challenges that await the runners. 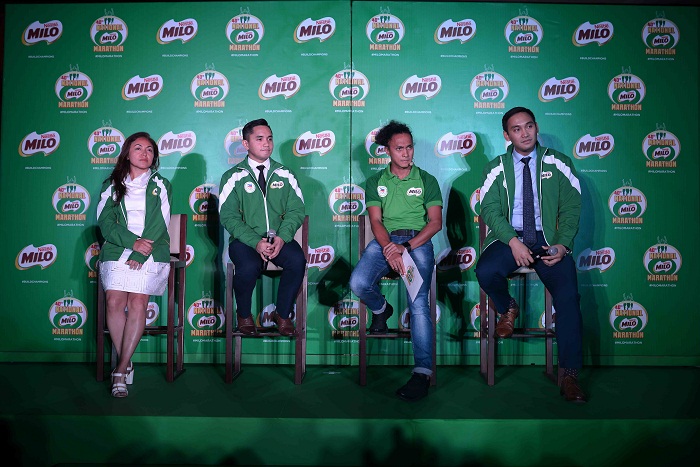 “The 40th anniversary of the National MILO Marathon is truly a grand milestone for us.We aim to go beyond than being the country’s prestigious footrace by providing better race experiences as we energize champions and inspire millions more,” said Andrew Neri, MILO Sports Marketing Manager. “The past and present champions of the National MILO Marathon have become our agents of motivation that energized Filipinos to be at their best in their respective endeavors. Their resilience, grit, discipline and other values have made them winners in sports and in life, and we hope to continue the cycle and see morechampionsin the future.”

The National MILO Marathon is not only a breeding ground for local talents but also a program that empowers children nationwide. For the past 6 years, the National MILO Marathon’s Help Give Shoes advocacy, in partnership with the Department of Education, has inspired 60,000 aspiring athletes to fulfill their dreams by donating brand new pairs of running shoes. This year, the Help Give Shoes advocacy will be donating 10,000 pairs to underprivileged school children.

The 40th National MILO Marathon is made possible by the Philippine Sports Commission, Philippine Olympic Committee, Department of Education and the Philippine Athletics Track and Field Association, and is supported by Asics, Salonpas, FWD, TIMEX, 2XU, Endurance, Hisense, Maynilad and PhilamLife.