“We want the people to know that they, too can own a salon,” says Joby Linsangan Moreno, President of Orange Blush Salon.

Franchising has been at the forefront of Orange Blush expansion plans. 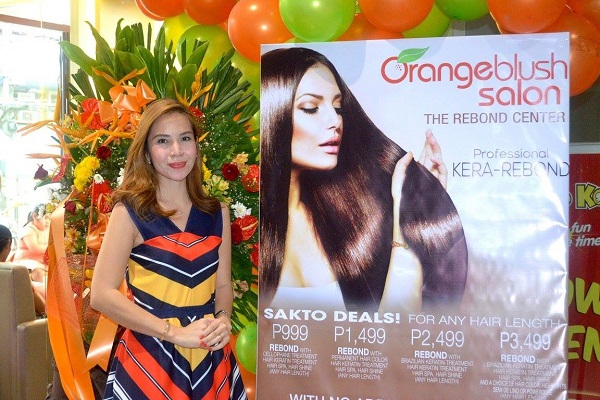 “We want to broaden our reach to as many markets, not just in the provinces but in the metro as well,” she explains.

Orange Blush Salon is a story of success from being a probinsyano (brand) conquering the the big city.

“We carry with us that unique and probinsiyano brand that we represent,” she explains.

Orange Blush Salon opened its first branch in Nueva Ecija in 2003. Joby who has always been interested in the beauty business started the first Orange Blush Salon from the remnants of a financially strapped salon about to close shop. “I was then looking for a small place to set up my own beauty business when I saw this small beauty salon about to close.” Several years later, Joby has grown her beauty salon business that it now has franchise branches.

“We want to inspire people. We also want to encourage them that they too can open a business of their own.”

For franchising and other info visit http://www.orangeblushsalon.com.