Thanks to the full blast restoration efforts and proactive action of the government agencies and telecommunications companies, mobile phone subscribers were able to immediately reconnect with their loved ones in areas hit by super typhoon “Lawin” last month.

Mobile subscriber Mark Pascua experienced this first hand when he sought the help of the government through the 8888 Citizens’ Complaint Center and Hotline when he could not reach his relatives in Solana, Cagayan last Oct. 20 in the aftermath of the powerful storm that had maximum sustained winds of 225 kilometers per hour and gustiness of up to 315 kph during its initial landfall. 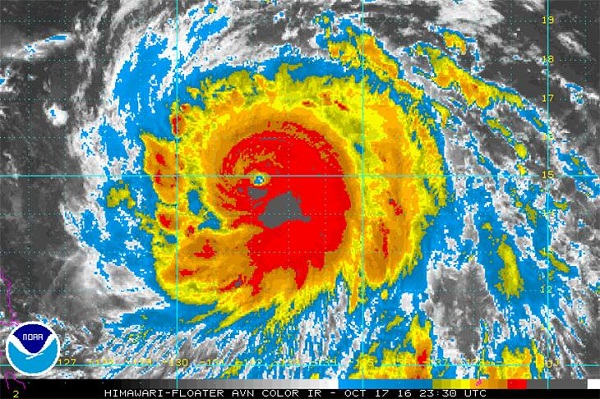 A day after Lawin made landfall in Cagayan province on the eve of Oct. 19, Pascua asked the Hotline 8888 Special Action Team of the Civil Service Commission (CSC) to help him touch base with his relatives as vital connectivity services were suspended because of the damaged transmission lines.

Immediately after taking the call, the CSC Special Action Team in turn relayed thru electronic mail Pascua’s concern to the National Telecommunications Commission (NTC) for the restoration of the communication tower in Solana town and requested the latter to act on the request soonest. The NTC, in turn, promptly addressed the concern by coordinating with the telcos.

The next day on October 21, NTC’s regulation branch director Imelda Walcien, who also happened to hail from Northern Philippines, sent a text message to Pascua to ask if he had already reached his family.

“Hi Mark Pascua. This is a representative of NTC. We take notice of your request for assistance submitted to CSC. May we know from your end if till this time there is no signal yet to contact your family? Thanks,” said Walcien’s text message to Pascua.

Pascua, for his part, replied: “Thank you. I already had a contact with my family. Thanks a lot for a quick response.” 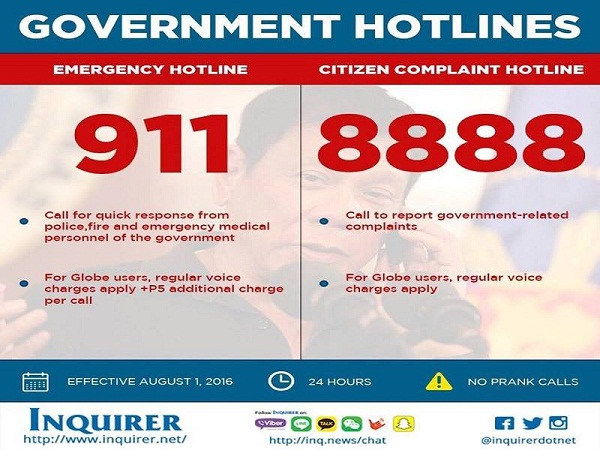 NTC said it was also fortunate that the restoration efforts of the telcos in the calamity areas were in full blast at the time when Pascua sought assistance.

In anticipation of the devastating effects of typhoon Lawin, NTC Commissioner Gamaliel Cordoba as early as October 17 already directed all public telecommunications entities to ensure that there are sufficient number of technical and support personnel and standby generators in areas forecast to be affected by typhoon Lawin.

The 8888 Citizens’ Complaint Center and Hotline was institutionalized through the Executive Order No. 06 signed by President Rodrigo Duterte only last October 14.

The 24-hour hotline allows citizens to report inefficiencies and corruption in government. The complaints are referred to the concerned government agency for appropriate action.

EO No. 06 requires concerned agencies to come up with a “concrete and specific” action within 72 hours or three days from the receipt of the complaint.