National MILO Marathon regulars Rafael Pescos and Ruffa Sorongon achieved an impressive feat as the 21K winners of the Cebu qualifying leg on Sunday. Over 17,000 hopefuls ruled the streets of the Queen City of the South, and were greeted by reigning National MILO Marathon Queen and 2016 Olympian Mary Joy Tabal as she led the 3K gun start of the race. Pescos and Sorongon took home the top purse of P10,000 in cash and a trophy, and booked their slots to the National Finals in Iloilo City on December 4 to try and claim the MILO Marathon King and Queen titles.

By outpacing last year’s Cebu leg champion Noel Tillor, first-time MILO Marathon winner Rafael Pescos is now one step closer to achieving his dream of becoming one of the top racers of the prestigious footrace. Pescos owes his victory to his training regime. “Every day I take the long runs in the morning and in the afternoon to prepare. I am very happy with the outcome of the race because all my hard work paid off,” he shared. The 22-year-old runner of Negros Occidental will return to his training ground with a new objective in mind – to finish in the top 10 in the National Finals. “I’ve always dreamed of joining the roster of top runners in the National Finals. I will surely do my best in turning this into reality,” he said.

Despite her limited training, Ruffa Sorongon, was able to comfortably claim her fourth win in the Cebu qualifiers. Only equipped with a week’s worth of training, the 25-year old runner managed to lead the race. “I kept a motivated spirit to help me complete this race with success,” she shared. The Davao native takes inspiration from her idols, marathoners Mary Joy Tabal and the Jaro sisters, who have been her source of encouragement in all of the races she joins. “They serve as my reminder to persevere with my goals. I admire their talents and they are a big influence to my running career.” 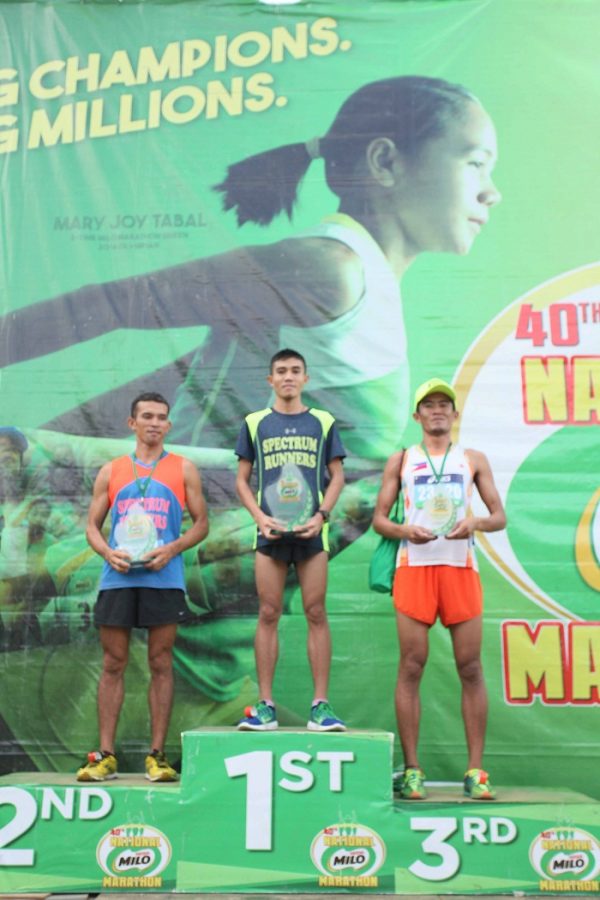 The National MILO Marathon is not only a breeding ground for local talents but also a program that empowers children nationwide. With the support of the Department of Education and the National MILO Marathon runners, MILO’s Help Gives Shoes advocacy will provide 10,000 underprivileged youth with brand new running shoes this year. MILO is working with DepEd in the selection of deserving public school student beneficiaries.

The next qualifying leg will take place in Dumaguete on October 2 before heading to Davao (October 9), General Santos (October 16), Cagayan De Oro (October 23), and Butuan (October 30). The National Finals will be held on December 4 in Iloilo City.

The 40th National MILO Marathon is made possible by the Philippine Sports Commission, Philippine Olympic Committee, Department of Education and the Philippine Athletics Track and Field Association, and is supported by Asics, Salonpas, TIMEX, 2XU, Endurance, Hisense, Maynilad and PhilamLife.

Team Orange 20 Jan 2021 0 comments
AirAsia reminds its guests to strictly observe established health and safety protocols such as wearing of face mask and face shield within the airport premises, and during the entire duration…