In 1518, Niccolo Machiavelli wrote La Mandragola, a satirical comedy set in the early 16th century. In 2006, Jerry Respeto translated and adapted La Mandragola into Ang Birheng Matimtiman, a play set in 1901, shortly after the Philippine-American War.

As she comes into contact with a corrupt friar, a wily trickster, a dutiful but dim-witted servant, devotees of the Virgin Mary, and a wealthy bohemian, in this quiet city, a story of frailocracy, hypocrisy, and infidelity unfolds.

This is the fourth and final play of the Ateneo ENTABLADO’s (ENtertaynment para sa Tao, Bayan, LAnsangan at DiyOs) 33rd season: Makita Kang Sakdal Laya, a season centred on an advocacy of good governance and engaged citizenship.

For tickets and inquiries, reach us at facebook.com/ateneo.entablado, or contact Mich Pama at 0917 701 1753. 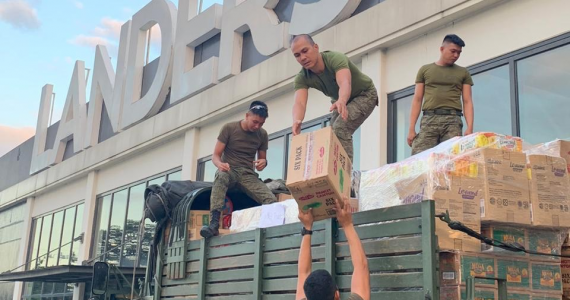 Team Orange 18 Jan 2020 0 comments
Want to send help to sursurvivors of Taal Volcano eruption but dont know where to send donations? Or, have you been thinking of reaching out to those displaced by the…

New Coast Hotel Manila to bring a redefined experience this 2020

Team Orange 18 Jan 2020 0 comments Business
New Coast Hotel Manila is set to bring a redefined experience to its guests, partners, associates and stakeholders as it welcomes 2020 with a fresh start. The 5-star hotel opens…