A+E Networks® Asia’s first-ever HISTORY CON event drew over 50,000fans last weekend to the iconic World Trade Center in Manila, and reached 17 million more online, along with HISTORY stars, local celebrities, social media influencers, exhibitors and other guests. Spread over four days from 25 August. The ticketed event was packed with activities to keep the throngs of guests entertained with its diverse lineup of appearances, performances, screenings, talks, demonstrations and other hands-on experiences. 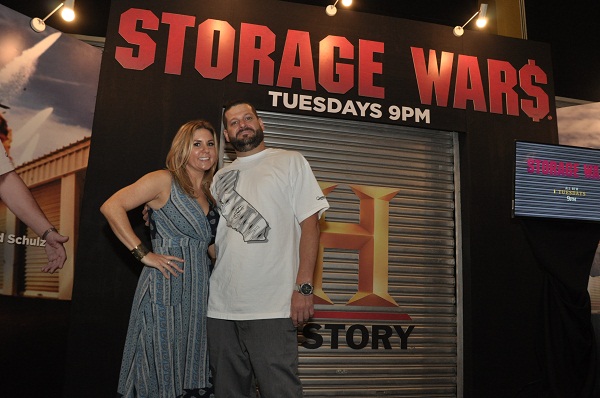 HISTORY fans got up close and more personal than ever with some their favorite network stars such as STORAGE WARS’ Brandi Passante and Jarrod Shultz and GANGLAND UNDERCOVER’s Damon Runyan and Ian Matthews at ‘meet and greets’ where they took selfies, received autographs and asked them everything they’ve been dying to know. ANCIENT ALIEN’s Giorgio Tsoukalos marked his first Asian tour with scintillating 90-minute talks on Saturday and Sunday, which made even the most skeptical people question if extraterrestrial life exists. PHOTO FACE OFF’s Justin Mott revealed the secrets behind his incredible images at his Master Class before the program’snew season kicks off in September. The public also got to meet the cast of CELEBRITY CAR WARS – HISTORY’s brand new series premiering later this month which stars Filipino celebrities KC Montero, Joey Mead King, Marc Nelson and professional car driver, Gaby Dela Merced, as well as host of the show, Bobby Tonelli. 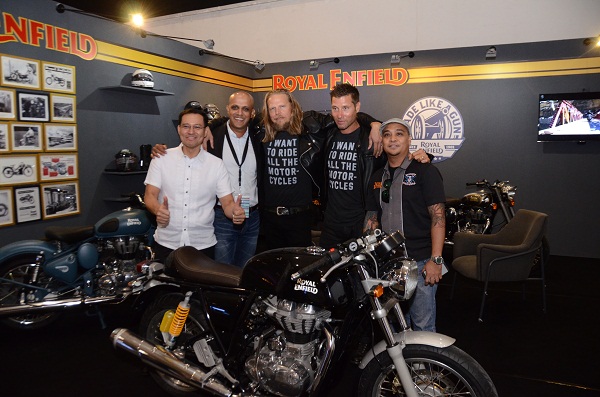 Jugs Jugueta from rock band Itchyworms, social media influencers from MCN Chicken Pork Adobo and from social media network Mig.Me including Mich Liggayu also made special appearances to the delight of all guests.

HISTORY CON shattered several Guinness World Records, including‘the longest TV-watching marathon’ with a time of 100 hours and 15 minutes, besting the previous record of 94 hours.This record, sponsored by Panasonic, Yakult and SKYcable, was shattered by Andrew Casano and Francis Gerodias on Sunday, 28 August at 4pm. On Saturday, 27 August, another two records were broken. The first was for the ‘most burgers consumed in one minute sponsored by Zark’s Burgers’ with a total of 5 burgers eaten by Rix “Terabite” Francisco. The second record was presented by Jolly and Fly Ace for the ‘largest serving of sautéed mushrooms’ at 335kg. This feat was so enormous volunteers from CCA Manila, FEU Manila, La Consolacion Manila and Tanauan, and Chef Winston Luna of Chef Wix were called in. 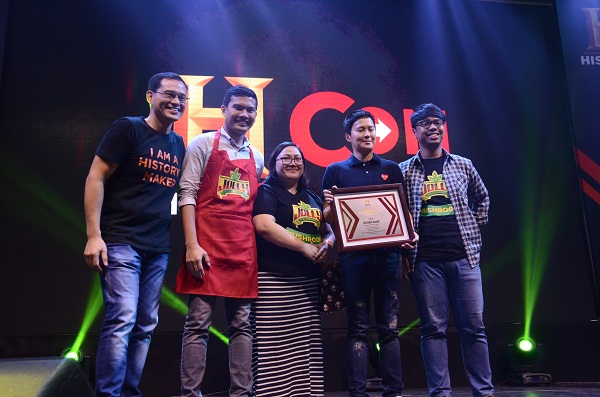 “It’s easy to park yourself in front of the television and binge watch HISTORY all day, so I’m not at all surprised we managed to break the world record this weekend,” joked Prem Kamath, Deputy Managing Director, A+E Networks™ Asia. He continued, “We were hoping for a bigturnout but the massive crowds and their enthusiasm surpassed all our expectations. HISTORY CON brought our channel to life and gave our viewers the chance to interact with us directly. We’re thrilled to connect with our loyal audiences here in Manila by bringing the first-ever HISTORY CON convention here, and we’ll continue to build on HISTORY CON when it returns next year to make it THE must-attend event in the region.”

The HISTORY themed booths, which showcased the network’s most-watched shows also received a steady stream of visitors. History buffs were engrossed by the World War II and Philippines Presidential limousines exhibit, while gearheads were captivated by one of the largest rallies of cars and bikes under one roof. Adventure fanatics picked up some skills on wilderness evacuation techniques, as animal lovers watched presentations by the Philippine Canine Association on using dogs to help with search and rescue and narcotics detection. 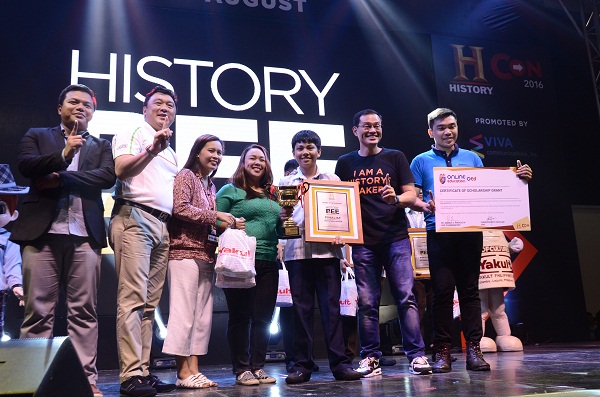 HISTORY HUSTLE host Simon Yin covered the event as the official digital host of HISTORY CON, imparting his quirky, gregarious humor to the proceedings and ensuring fans who could not make it down to the event could still partake in the fun online via HISTORY’s Facebook page from home and watch highlights from the event resulting in over 3 million video views and 2.5 million engagements on Facebook in one week.

HISTORY discovered a brand new digital star from the Philippines at a live audition it held during HISTORY CON at the HISTORY Digital Studio. From all the promising talent who took the stage on Sunday, Cyede Evangello was chosen to co-host a webisode for the channel with Yin.

There were also winners every hour with the HISTORY CON Treasure Hunt powered by iQNECT. Visitors could collect badges at the various booths by scanning videos with the iQNECT app for exclusive HISTORY branded goodies, with a trip for two to Singapore as the grand prize!

The event culminated with the HISTORY Bee Awards presented by Yakult and Pik-Nik on Sunday where William Patrick Panganiban of Manila Science High School was crowned the champion for the Grade School Division, while John Carlos Duque of Batasan Hills National High School took home the prize for the High School Division. There was also two special preview screenings of HISTORY’sseries, RIDE ‘N SEEK WITH JAMIE DEMPSEY: THE QUEST FOR THE PRIESTESS’ CLOAK which was filmed in the Philippines, and CELEBRITY CAR WARS. Both series premiered last Sunday, 28 August on HISTORY at 9pm and 10pm respectively.