There were loads of crazy, out-of-this-world costumes to celebrate Halloween night of 2016, but one Twitter post from the Philippines went viral.

A group of friends scored big in the Halloween costume game by recreating the unforgettable and goosebump-causing look, feel and characters of Train to Busan, the surprise global box-office hit from South Korea about zombies on a speeding train and more.  Well Go USA Entertainment, [email protected] and Myx TV joined hands for the first time to bring this first-rate, world-class suspense-action-horror-thriller to select top U.S. theaters starting November 4, Friday.  The film has been universally hailed by film critics and movie audiences as one of the best zombie films of all time. 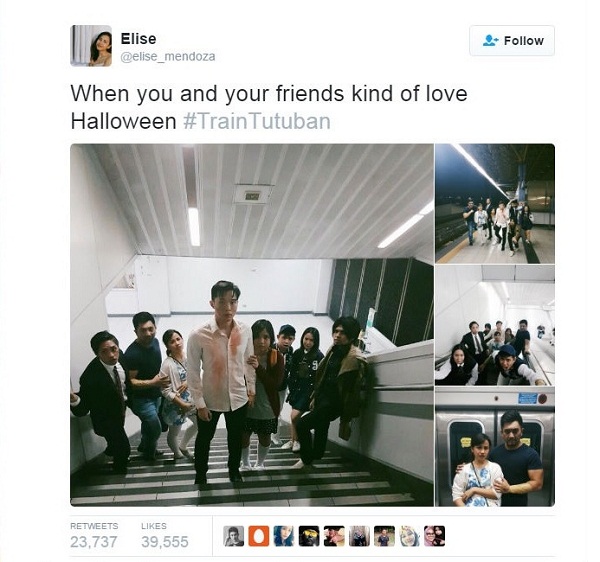 The creative group of friends in the Philippines paid its Halloween tribute to the film and hashtagged it as #TrainTutuban as they posed at the Light Rail Transit (LRT) Line 2 station in Anonas, Santa Mesa, Manila.  From there, it’s a little over 7 miles going to Tutuban station – the main station of the Philippine National Railways and the City of Manila.  The original Tutuban station – constructed in 1887 now refers to Tutuban Centermall or the PNR Executive Building.

Elise Mendoza, who posted the viral tweet image, was quoted by Philippine Star as saying, “We’re a bunch of weird kids who found each other in college and still enjoy being weird together. Yeah, I guess that sounds like squad goals.”

At the time of this release, the tweet already has 40,000 likes and 24,000 retweets.  It has also received thousands of likes and reactions on Facebook.

Directed by accomplished animated film director Yeon Sang-Ho, Train to Busan (Bu San Haeng) has already grossed over US$99 million worldwide, according to the-numbers.com.  Below is the list of theaters where it will show in the U.S. starting November 4. 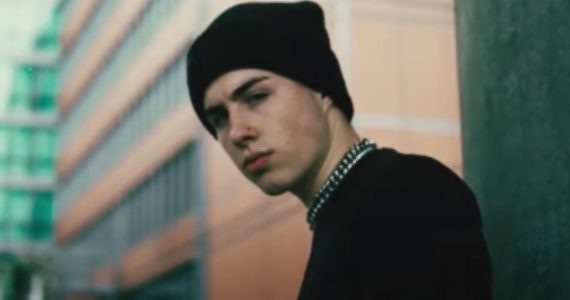 Team Orange 05 Jul 2020 0 comments Banking & Finance
The Philippines will see a huge increase in government transactions done through their mobile phones, as the government implements the so-called new normal, where human interaction is limited and strict…