Netflix has become associated with streaming well-loved films and shows. Increasingly, they are bringing stories from the world’s best storytellers through its growing library of quality content that is gaining recognition including 54 Emmy nominations in 2016.

What makes Netflix unique from other content providers is that members can watch as much as they want, anytime, anywhere, on nearly any Internet-connected screen. Members can play, pause and resume watching, all without commercials. On top of that, Netflix releases the originals’ episodes at the same time, which means members can binge-watch their favorite shows. It’s the perfect way to enjoy your spare time, the long weekend, or that romantic date with your special someone!

At Globe Broadband, you can enjoy six months of Netflix if you subscribe to Plan 1299 and up. You can watch award-winning Netflix originals, high-definition quality TV shows and movies, and your favorite flicks on your TV, computer, or mobile phone within the comforts of your own home.

Here are our favorite Netflix shows that might suit your personality and mood:

If you’re the type of person who enjoys political drama and royal intrigue, The Crown is for you. The Crown tells the inside story of two of the most famous addresses in the world Buckingham Palace and 10 Downing Street – and the intrigues, love lives and machinations behind the great events that shaped the second half of the 20th century. Critics have praised the acting, storytelling, and the production design, making it the perfect period drama to binge on. 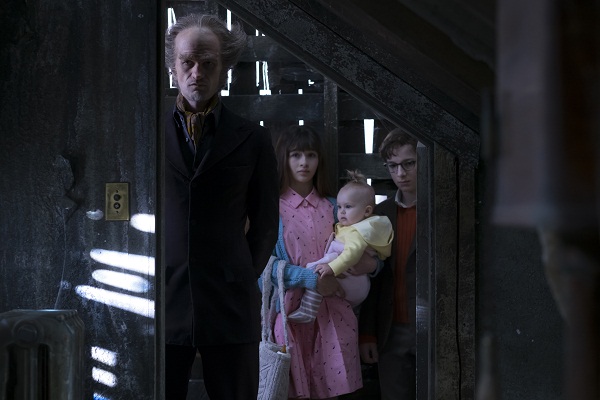 2. A Series of Unfortunate Events

Based on the international best-selling children’s novels by Daniel Handler, Lemony Snicket’s A Series of Unfortunate Events recounts the tragic tale of the Baudelaire orphans Violet, Klaus, and Sunny – whose evil guardian Count Olaf will stop at nothing to get his hands on their inheritance. The siblings must outsmart Olaf at every turn, foiling his many devious plans and disguises, in order to discover clues to their parents’ mysterious death. Leading the cast is award-winning actor, singer and television host Neil Patrick Harris and has just premiered on Netflix last January 13. 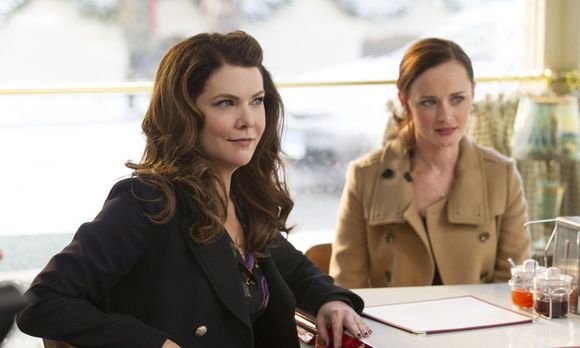 3. Gilmore Girls: A Year in the Life

Gilmore Girls was a feel-good favorite in the 2000’s, and tells the story of Lorelai and Rory, a mother and daughter team who navigates family, friendship, and romance in the fictional town of Stars Hollow. It was praised for its witty comedy and clever dialogue, and has been called a new TV classic. The Netflix revival is set 8 years after the series finale. And if you never caught the original, all 6 seasons are available to binge on Netflix too! 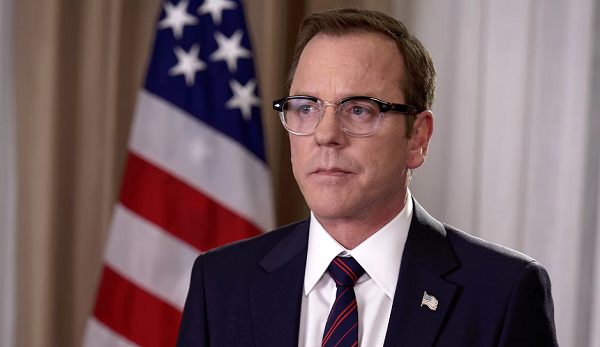 Designated Survivor is a political thriller that follows the concept of a designated survivor, or a person assigned to become or act as the President of the United States upon the death, incapacity, resignation, or removal of the present leader. In the series, the designated survivor is U.S. Secretary of Housing and Urban Development Tom Kirkman, who is sworn in after an attack, and is thrust into the throes of political drama. 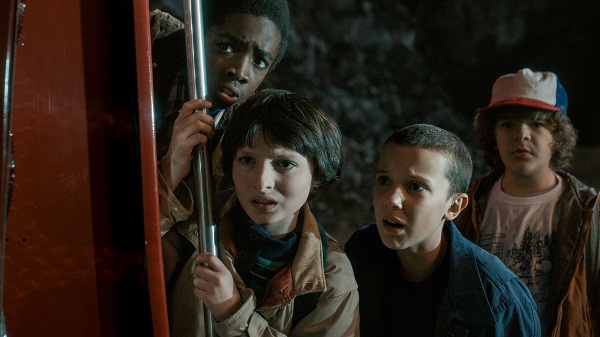 Stranger Things pays homage to ‘80s sci-fi movies by Steven Spielberg, Stephen King, and George Lucas, and faithfully recreates the era through music, fashion, and even hairstyles. A love letter to the ’80s classics that captivated a generation, Stranger Things is set in 1983 Indiana, where a young boy vanishes into thin air. As friends, family and local police search for answers, they are drawn into an extraordinary mystery involving top-secret government experiments, terrifying supernatural forces and one very strange little girl. 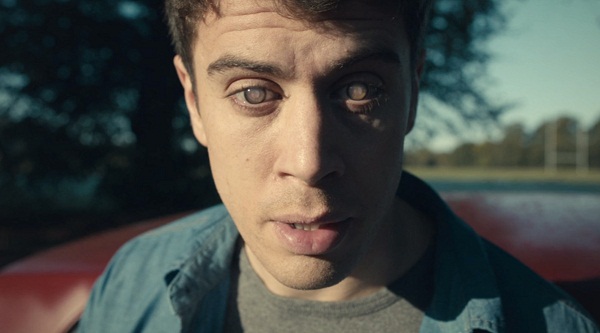 Black Mirror is a sci-fi anthology where each episode is based on a different reality, with a different cast and story. The themes are dark and satirical, and it intelligently studies the dangers of technology and what can happen if we let it go unchecked. This is the perfect series to watch if you’re addicted to technology and social media. 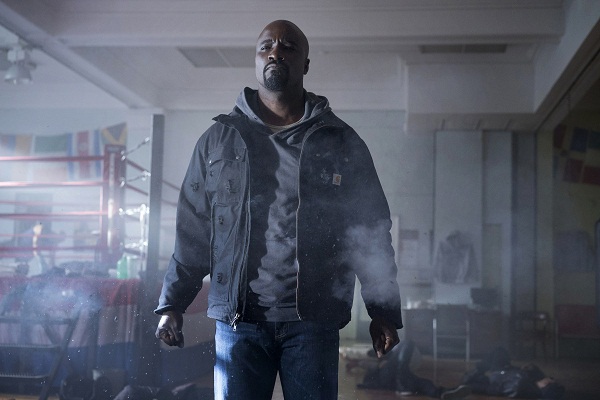 Marvel’s Luke Cage is recommended for those who enjoy comic books and their film adaptations. After a sabotaged experiment leaves him with super strength and unbreakable skin, Luke Cage (Mike Colter) becomes a fugitive trying to rebuild his life in modern day Harlem, New York City. But he is soon pulled out of the shadows and must fight a battle for the heart of his city – forcing him to confront a past he had tried to bury. Luke Cage is part of the popular Marvel Cinematic Universe, and will lead to the crossover series The Defenders, which will bring together Cage, Daredevil, Jessica Jones, (both of which are now streaming) and Iron Fist which premieres on Netflix in March 2017.

Narcos is a raw, gritty series which chronicles the gripping real-life stories of the drug kingpins of the late 1980s and the corroborative efforts of law enforcement to meet them head on in brutal, bloody conflict. Seasons 1 and 2, which are now streaming, are based on the life of Pablo Escobar, a Colombian who achieved notoriety (and billionaire status) for producing and distributing cocaine. The series shows his dealings with the law and his enemies, but it always portrays Escobar in a sympathetic light. It’s fun, it’s tense, and maybe just a little bit addictive. 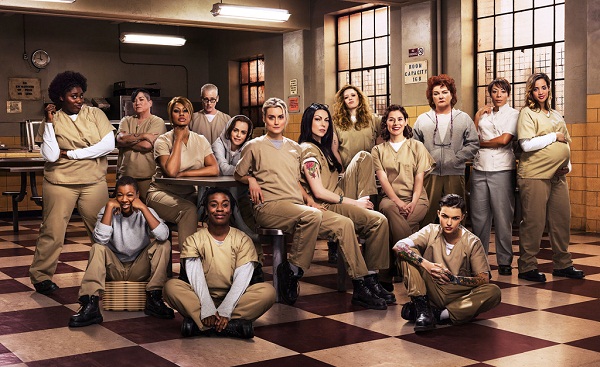 9. Orange is the New Black

Orange is the New Black is based on the book with the same name by Piper Kerman, which details her life in prison after helping her international drug smuggler girlfriend. The show has become Netflix’s most watched original series for its story and positive depiction of race, sexuality, gender and body types. Since its release in 2013, it has received 16 Emmy nominations. Seasons 1-4 are streaming now. 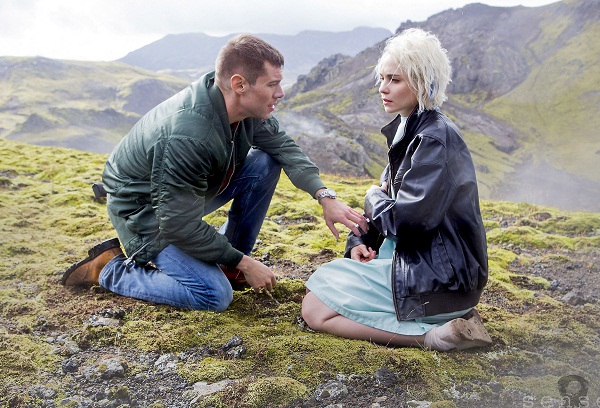 Sense8 is the interconnected stories of eight “sensates,” or people who are emotionally and mentally linked despite being in different countries. As they try to figure out how it works and why it happened, they must protect themselves from Whispers, a sensate from an organization that hunts them down. It is created and directed by the Wachowski siblings who also created The Matrix Trilogy.

These are just some of many Netflix shows that exist, and that can create wonderful moments for you and your loved ones in the comfort of your own home. Enjoy #GlobeNetflix with awesome HD TV’s that can be yours through the new Globe Broadband plans!

Learn more about how to catch all these by visiting http://broadband.globe.com.ph/watch.html.