Because of its delightfully campy scenes that engross viewers and trend online, ABS-CBN’s top-rating “Wildflower” easily became one of this year’s most talked about and “meme-able” series on Philippine TV.

Now a household name, Maja Salvador’s character Ivy Aguas is also a hit among netizens – her passive-aggressive character just speaks to everyone’s wild side. While she may look tough with her on-point dresses and sleek bun, her undeniably fierce antics are rooted deep in her desire to fight for her loved ones and defeat the manipulative Ardientes.

But aside from Ivy, the wild ride will not be complete without Emilia Ardiente (Aiko Melendez), Arnaldo Torillo (RK Bagatsing), and Nathalie Alcantara (Roxanne Barcelo), who are all hated by viewers because of their evil ploys but loved because of their notable and borderline funny encounters with Ivy.

As the series continues to bring a daily dose of wild surprises, let us look back at some of the wildest moments in “Wildflower” that surely got everyone ‘shookt.’ 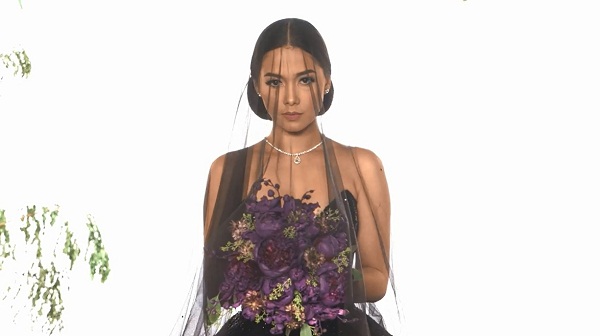 This might be one of the most buzzed about scenes in “Wildflower” as Maja gave a brilliant performance in this episode. But this scene might also have generated the most number of memes online, captioning the scene with various day-to-day struggles such as “realizing that tomorrow’s already Monday” and “seeing your crush with someone else.”

After hiring a group of men to rape and kill Ivy, Emilia thought she had already won. However, since she is Ivy Aguas, she escaped unharmed and still had a lot of strength to remind Emilia who the true queen of Poblacion Ardiente was as she choked her and threatened her life.

Ivy is admired with her sense of fashion with her sleek dresses that add to her fierce look. But she was dressed to kill literally after she fought in heels against the men Emilia hired to kill her. Ivy invented fighting in high heels on Philippine television!

Filipinos sure love catfights and “Wildflower” has a lot of them, but this one made a mark because no one saw it coming. Emilia offered a cake to Ivy with a wedding cake topper that had a missing head. It triggered Ivy so much that she shoved the cake in Emilia’s face and proved that she couldn’t be toppled down easily.

Viewers were on the edge of their seats when they witnessed the confrontation between the Ardientes and the camp of Camia (Sunshine Cruz) who pointed guns at each other. But netizens really know when to get creative as they turned this nerve-wracking scene into a LOL one as they played it up through memes.

Ivy usually keeps her chill whenever she is with Emilia as she easily ‘owns’ her with winning clap backs. However, in this scene where Emilia accused her of being a “perfect manipulator,” Ivy did not hold back and grabbed her by the neck. But to viewers’ surprise, everything was just in Ivy’s mind.

7. The wildest plan that failed

Emilia just never learns her lesson. She tried to end Ivy by offering her a cocktail mixed with poison. But she failed to outwit her daughter-in-law when she sipped the poisoned drink, putting herself in danger.

Ivy has already gone through a lot of pain in her life and no one can just tear her down, even Nathalie, Arnaldo’s ex-girlfriend. Filled with jealousy, she attacked Ivy with a broken glass and tried to stab her. However, Ivy managed to maneuver her and put the broken glass against her neck. But what really made Nathalie scared was when Ivy uttered the words “Huwag ako.” Iconic!

Camia sure knows how to make a surprise comeback, as she showed up uninvited to the press conference of the Ardientes. In her fierce red long gown, she revealed all the crimes that the Ardientes committed and narrated all the vicious deeds they did to her family. No one can also forget her line “Na-stress ka ba” that got us all stressed out!

Everyone was ‘shookt’ when they saw Philippine TV’s first bride in black! It was mind-blowing to see Ivy in a black wedding dress, walking down the aisle with her signature stare and smirk. This sent viewers and netizens into a frenzy, as they shared their excitement about the explosive revelations in the most-awaited wedding in primetime.