Reminisce on youth and the pangs of unrequited love with JC Santos and Bela Padilla in the hit indie movie “100 Tula Para Kay Stella,” the story of love-struck stutterer Fidel (JC Santos) pining for carefree rocker Stella (Bela Padilla). Moving away from light-hearted teen romance, it was a hit among millennial audiences becoming the top-grosser and winning the Audience Choice Award at the first Pista ng Pelikulang Pilipino by the Film Development Council of the Philippines. 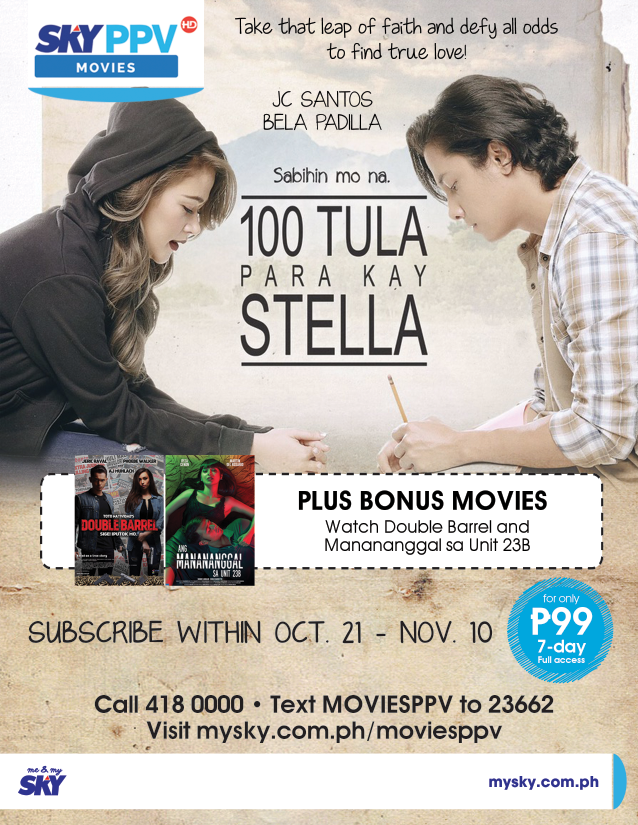 Another movie to watch out for is Prime Cruz’ “Ang Manananggal sa Unit 23B.” Cruz’ sophomore offering transforms the manananggal folklore from that of monster to cursed being. Jewel (Ryza Cenon) is a manananggal living in modern Manila. She is in search, not of food, but of someone who will love and accept her for who she is. Cruz won Best Director at the 2016 QCinema Film Festival for this modern day supernatural Romeo and Juliet.

Fans of “Seklusyon’s” Phoebe Walker can look forward to watching her in “Double Barrel.” She plays Martha, the wife of a former drug peddler roped into killing drug lords with her husband to keep him from prison. The movie was helmed by premier director Toto Natividad.

Get unlimited access to SKY Movies PPV for seven days for only P99.

SKY Movies PPV is available to all ONE SKY, SKYcable, Destiny Cable, and to SKYbroadband subscribers through SKY on Demand. To subscribe, they can text MOVIESPPV to 23662 or call 418-0000 or your local SKY office, or visit www.mysky.com.ph/moviesppv.

It is also available to SKYdirect subscribers. For SKYdirect postpaid, they can text SKY to 23668 to subscribe. SKYdirect prepaid subscribers on the other hand can text PPV TULA to 23667. 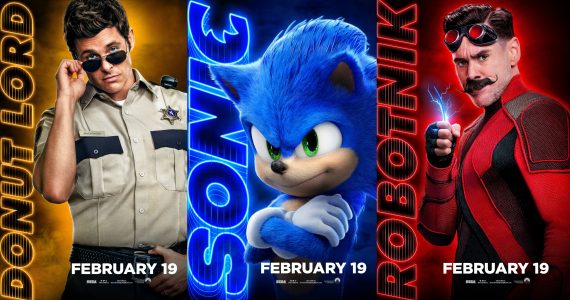 “Sonic The Hedgehog” Races to Philippine Cinemas This February

Team Orange 29 Jan 2020 0 comments
The global blockbuster videogame franchise from Sega crosses over to the big screen this February 19 with Paramount Pictures’ Sonic the Hedgehog, the live-action adventure comedy that centers on the…

Team Orange 28 Jan 2020 0 comments Education
Del Pilar Academy, one of the leading and established educational institutions in the Province of Cavite, specifically in Imus, will be holding its 70th Founding Anniversary along with its 68th…